Khongor Els Dunes are the largest and the most spectacular dunes not only in the Gobi desert but Mongolia.

As with many locations across Mongolia they have more than one name for many they are called Duut Mankhan (singing dunes). The Khongor Els Sand Dunes are found 763 km to the south-west of Ulaanbaatar city in Umnugobi province.

They measure 180km long and stretch between Gurvan Saikhan and Nemegt Range's both part of the Gobi Altai Mountain range. At their widest point, the dunes are 27 km wide and just 0.8km at their narrowest.

These massive dunes cover an area of 965sq km and stand out clearly from any satellite image. Gobi Gurvan is the Aimag (province) that the Khongor dunes are to found protected by the Saikhan National Park.

Singing Dunes or Not?

Lets clear this up once and for all. I, like many visitors, always doubted that the dunes could raise a note. Many locals as the name the singing dunes suggests have always argued when the weather conditions are right; the dunes will omit some eerie tune.

For many years I disagreed!

However, in 2019, I was lucky enough to be halfway up the dunes in the early evening when I heard a sound akin to an old propellered aircraft deep inside the dunes. The dunes certainly did sing, but it wasn't the most tuneful of chords.

Scientists have explained that the noise is due to the movement of the wind over the shifting sands.

The Khongor dunes," Khongoriin Els", are considered the most critical sand mass of the Gobi Gurvan Saïkhan National Park. Not just for the number of tourists they attract each year to see them. But due to their ecological importance in affording the area another diverse and unique habitat.

As a visitor arriving at the dunes, one is always struck at first by their imposing presence rising from the surrounding plains. Some of the more immense dunes can reach heights of 100 to 300 Meters. Once at the dunes they hold a kind of mesmerizing effect as for many their size can not be believed.

It is possible to climb the dunes allow around two hours due to the difficulty in climbing the loose sand.

From the top of the dunes, the view of the desert is incredible one can also see the Khongoryn River flowing in amongst the desert feeding the nearby oases.

The best time of day for photography, like many of the Gobi sites is sunrise or sunset as the colours tend to come to life at this time. Surprisingly in the dead of night under a fall moon, the dunes do look impressive if not slightly eerie.

Getting to the Khongor Els Sand Dunes

Like all locations in the gobi, there is no public transport here, and sealed roads will only get you around 50/60% of the way.

Khongor Els Sand Dunes lies approximately 200 kilometres from Dalanzadgad. This journey will be best made using 4X4s as the last section off-road and can be extremely bumpy. Expect around 2-3 hours of driving, although, it is better to combine the dunes with other Gobi locations.

There area number of Ger camps in the area catering for a mix of budgets, the best lodges are a little further from the dunes in an elevated position giving beautiful views.

On the approach to the dunes, you may wish to rent some camels from some of the nearby families. The camel approach may be a little clichéd, but it does support some local families as well as offering a great memory.

Also, note that the dunes may look closer than they are due to their sheer size walking from one of the camps may take an added 2 hours. 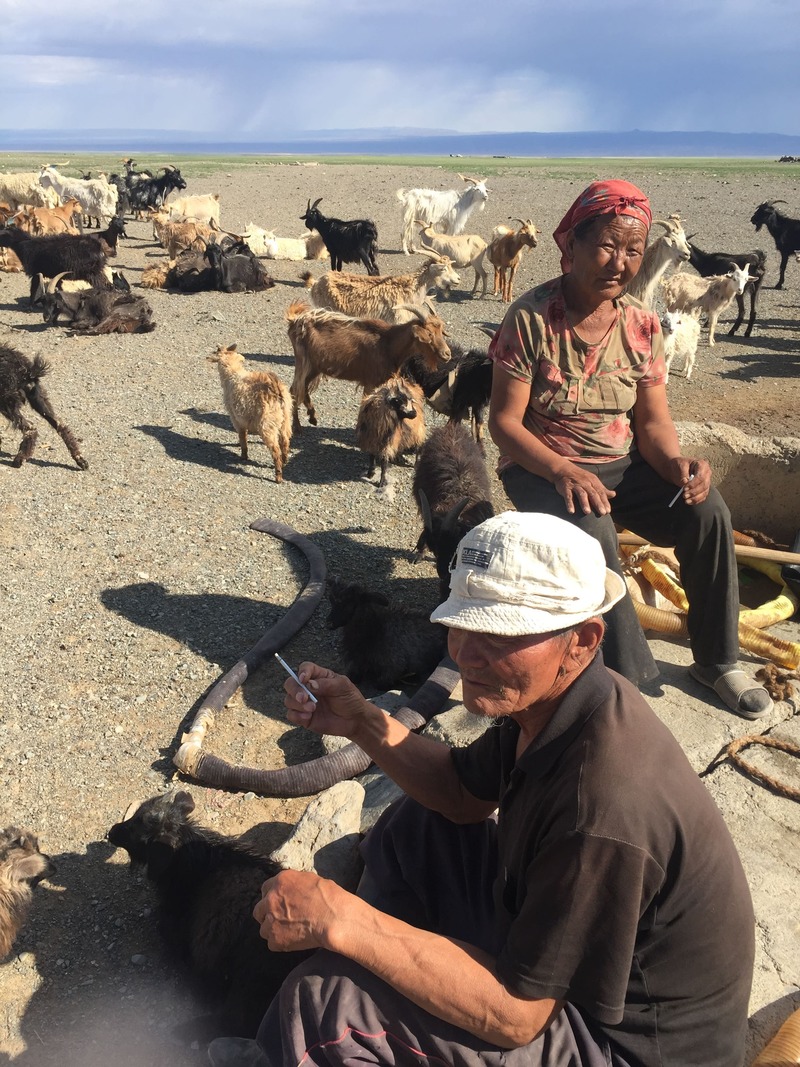