When one drives from Ashgabat to the Darvaza Gas Crater it is done mostly on the highway running directly north through the Karakum Desert. While there are no cities passed there are a number of villages along the way and it is worth taking the time to stop in a couple as time allows.
These settlements are known locally as ‘semi-nomadic villages’, this simply refers to the fact that the people here are traditionally nomadic and would likely still be if they hadn’t been forcibly settled when Soviet Power arrived in this region. 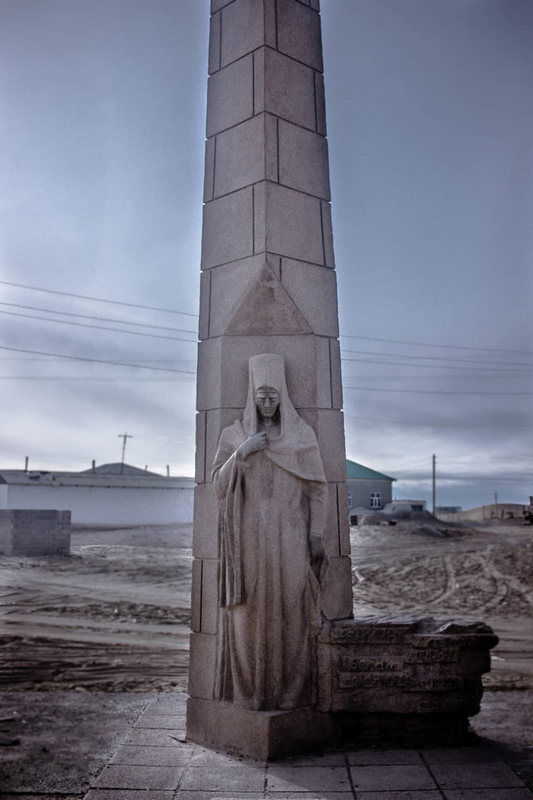 A visit to Erbent village and the Basmachi Monument (actually an anti-Basmachi monument) is a very worthwhile 15 min detour when in Turkmenistan. Get exposed to a complex bit of local history and give yourselves something to discuss as you continue on the drive through the Karakum Desert!

The largest settlement along this road is the village of Erbent (also written Yerbent), around 2 hours drive from Ashgabat (so basically halfway to the gas crater). There is really only one reason to stop on Erbent and that is to see a quite poignant monument, built in 1931, to the memory of 11 men who lost their loves combatting the Basmachi revolt.

The Monument itself is a sandstone tower around 5, tall, with the date of its erection on the top. Built into the stele is a Turkmen woman in traditional mourning clothes. At the base are the list of names of those this memorialises; Turkmen and Russians among them.

The Basmachi Revolt itself is little known outside of this region, but at the time was a very big deal indeed. In brief, it was a broadscale uprising by militant organisations in Central Asia against the rule of initially the Russian Empire and then its successor state, the Soviet Union. As these empires brought with them many ideas, customs, and laws that were considered anathema to certain sections of the population (among them such progressive policies such as banning polygamy and slavery, instituting women’s rights, promoting universal literacy, but also oppressing religious activity, ending nomadism, etc).

The key starting point is believed to be in 1916 when a policy to conscript troops from Central Asia into the Imperial Army was instituted, this led to breakaway movements in various parts of Central Asia as many people had no interest in being killed in WW1 or the Russian Civil War, it spread, largely leaderlessly, across the region, heating up in early 920s, and gradually petering out as Soviet Power was consolidated and strengthened. By the late 20s the Basmachi revolt was no more, having come up against a leadership far more ruthless and militarily advanced than could be stood against. Skirmishes, attacks, activism continued for a few more years but by the early 30s the game was over, and Moscow was the winner.

The term ‘Basmachi’ itself is a derogative one, A Russian word of Turkish origin that means basically ‘bandits’, it serves to simplify what was a long and complex series of mini-uprisings as well as larger more significant ones.

Many people in Central Asia these days are proud to have Basmachi roots as they see their relatives as freedom fighters who struggled against foreign occupation and aggression, even if in reality many of them were actually opposed to things like allowing women to become literate. Still, it is complicated and part of a murky mix of histories and clashes of civilisations. Fascinating indeed, but also mind-bendingly complex!

A decent account of the movement and rebellion can be found on Wikipedia here and while there is no definitive book about the rebellion itself Jonathan D Emele’s The ‘Russian’ Civil Wars covers this (and the other conflicts arising at the same time) very well and is a fascinating read about this little-known but crucial piece of history. 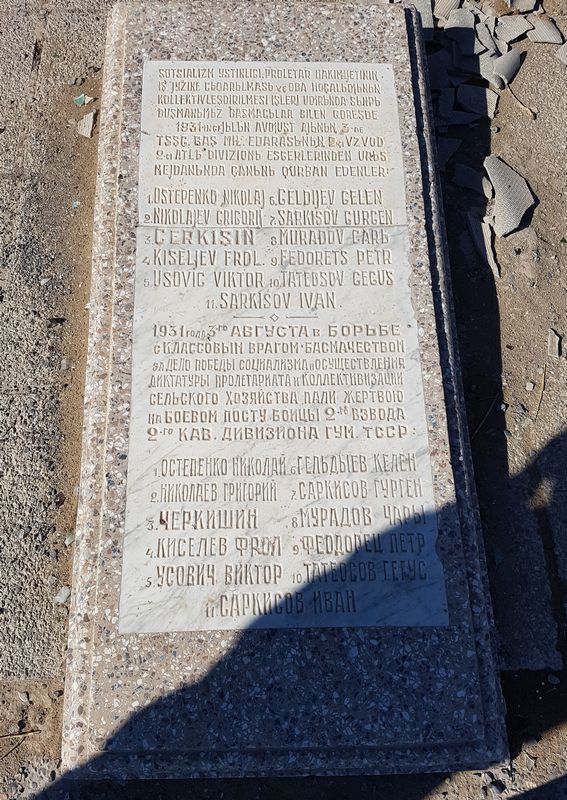