Introduction
History
What's the weather like?
How do I get there?
What to do in Susuman
Accommodation

Magadan Province of Russia is littered with abandoned and semi-abandoned towns and settlements, a testament to the natural hostility of the climate, geographical remoteness, and the dark history of this part of the world.

Susman is one of the larger of the semi-derelict towns in the area and is one that is relatively simple enough to get to and contains enough to make a stop here worthwhile.

Perhaps not a destination in and of itself, but a place to spend a night en route to or from somewhere like Magadan, Kadykchan, or even Ust-Nera, Susuman has its run-down charms, read on for more!

Setting off from Magadan along the infamous Kolyma Highway, the Road of Bones, a 10 hour non-stop drive brings you to the capital of the Susuman District of Magadan Oblast.

Located near the Susuman River (it is as if they ran out of names in this part of the world sometimes!) and a shadow of its former past, which was not all that great to start with! 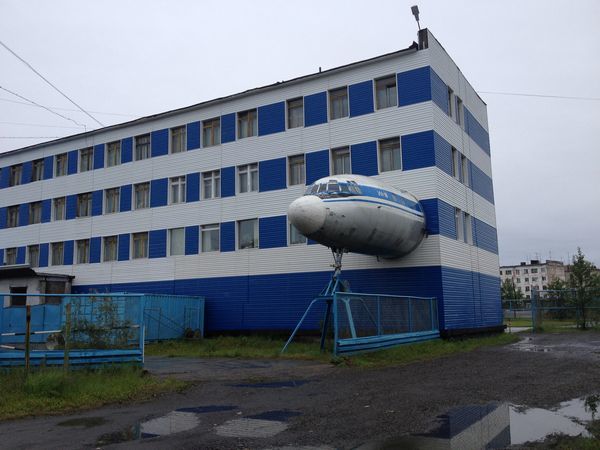 A Soviet Farm (Sovkhoz, rather than the more well-known Kolkhoz; collective farm) was established here in 1936,

In 1938 a larger population was shipped in (yes, they were prisoners, almost nothing that happened in 1938 was a good thing) to begin gold mining and extraction.

Over the years of the gulag, this was one of the most prisoner-intensive of the whole of the Dalstroy system (the most notorious of the Gulag regions).

After the abolition of the corrective labour system, Susuman became a town and as the economy stagnated in the early post-USSR years.

The town suffered massive population collapse, with there being less than a third of the 1991 population remaining today.

As a result, many buildings are derelict and run down.

Whole chunks of town have been left to revert to nature and the settled areas are grouped mostly around the main street of the town.

The main street still has a fair amount of life; several telecoms shops, a DVD rental place, some small supermarkets, a nice café with a very friendly owner.

The latter best for exploring but watch out for the swarms of mosquitoes that blight the town (and the whole of the country almost), plus the occasional friendly but persistent drunk that you may run into wandering around! 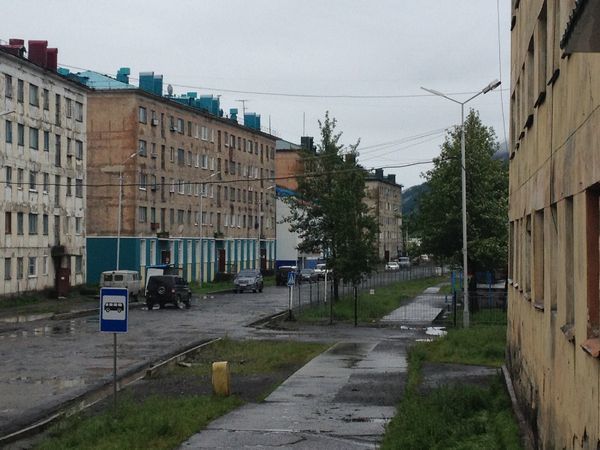 The buildings are made for this climate though and even though they look dodgy from the outside they are well insulated and warm inside.

In summer it can be wet and warm, clear skies in the far north though, so that can take the edge off the rougher parts of the experience!

There is, in fact, an airport in Susuman.

A very small one which operates only a handful of flights, mainly to Magadan and a couple of other regional spots.

This airport is little used and most Susumaners (Susumen?) will have never been on a plane to or from here.

Interestingly the airport was initially built and operated to receive lend-lease material from the US to then be transported to the eastern front during WWII.

It operated as a regular airport until 1988 and then briefly became an Orthodox Church.

The Airport made a comeback and has now been open for a few flights for the past several years.

It is worth taking the 2km drive from the town centre to look at it even if just passing through by road.

Being located just off the Kolyma Highway means that a considerable amount of traffic (for such a sparsely populated area) passes through here.

It is 10 hours direct drive to Magadan, 2 hours to the amazing abandoned city of Kadykchan, and 7 hours to Ust-Nera.

Yakutsk, a large city at the end of the highway is nearly 24 hours by road away.

You still have to cross the Lena River (which has no bridges), in winter that can be done by driving on the ice, in summer car ferries exist at that point. 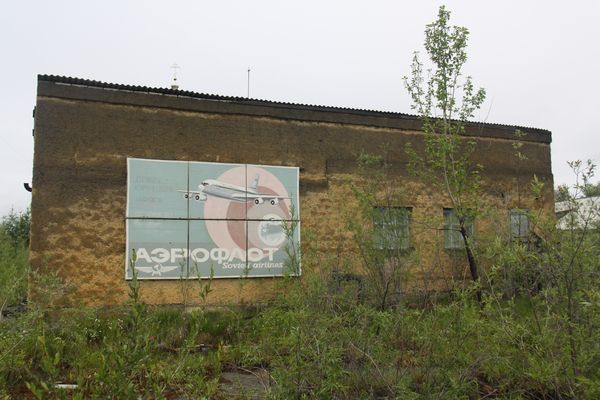 What to do in Susuman

Plane sticking out of a building

Undeniably Susuman’s main attraction is a kind of school teaching technical skills to young people which happens to have the front fuselage and cockpit of an Il-18 plane sticking out of it.

The building is an old Soviet one that has been covered with corrugated metal in blue and white stripes so that it looks like a 16-it sailors’ shirt, very ugly indeed, but the plane sticking out is cool!

Apparently one of the teachers here worked for years to get permission to build this add-on and they teach aircraft-related classes inside the plane to this day.

As there is not actually anything other than the plane/building to see and do in Susuman the rest of your time here would be asleep or having a wander.

A lot of buildings still retain decorations from a previous age, marking various anniversaries of the Soviet State and so on.

A small WWII memorial is also on Sovietskaya Street, and in general, there is enough to provide connoisseurs of the sometimes apocalyptic post-USSR with a couple of hours on foot and with camera in hand.

There is a Hotel as you drive into town from the Kolyma Highway.

It is marked by a sign which is usually on the floor, simply stating ‘Guesthouse’ I Russian.

It is rough and basic, but it does fit in with the town.

It can’t be booked in advance.

Another option is to stay in the dormitory of the local gold mine company.

This is basically one floor of a Soviet-era apartment building.

Rooms are simple but there is hot water, and it is cool.

No Wi-Fi, no restaurant, just rooms. 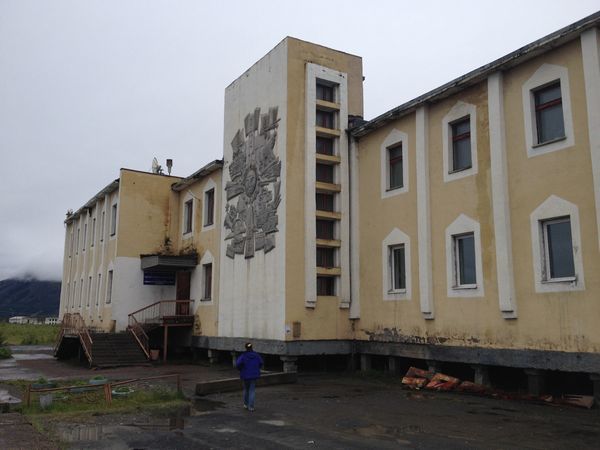