Location
What to Expect
How to Get There
How? Why?

Shiveet Mountain is a mountain in Mongolia's far western province Bayan-Ulgii. This mountain is famed for being a sacred area throughout history.

It can be a little tricky to get to but beautiful and well worth the visit. Shiveet Khairkhan Mountain is home to around 10,000 petroglyphs numerous human statues and Turkic stone men. 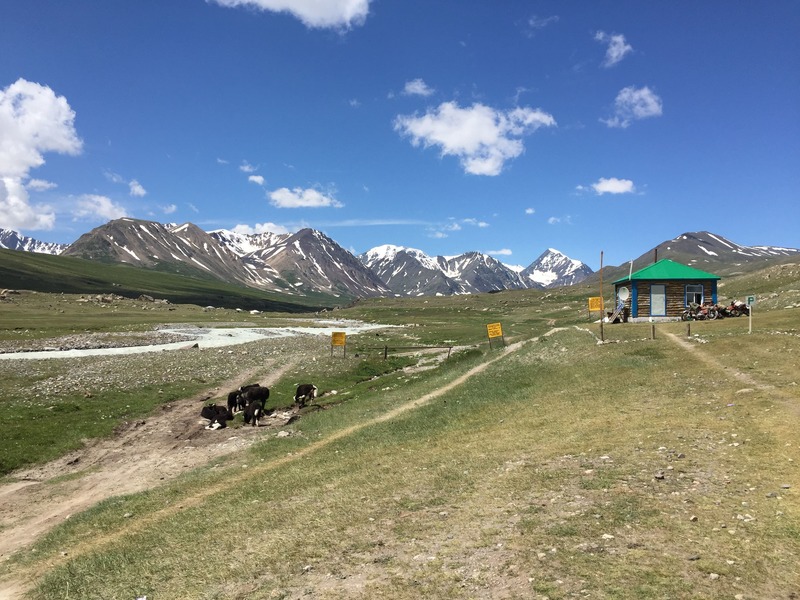 It's well placed, making a perfect stop for those with time who are also visiting the Potanin Glacier and Tavan Bogd mountain area.

Most of the carvings are located at the lower sections of the Shiveet Khairkhan Mountain found on rocks scattered to the east banks of the Khar Salaa River.

A majority of the 10,000 carvings fall within an area totalling 10-12 square kilometres.

The very best petroglyphs sit at the foot of the mountain on a large slab of polished glacial bedrock. As one's eyes adapt to the markings on the rock face, it is easy to make out the numerous pictures. These ancient forms date from the neolithic period to the bronze age and consist of wild animals, people, hunters riding horses and even wagons.

The rock etchings show us a small slice of life ranging from ancient hunters, early Mongol warriors and even how society at that time developed.

We get to see the livestock from that period and evolution of the people's nomadic ways.

Aside from the fantastic petroglyphs, this sacred peak is surrounded by further archaeological wonders. Additional outlying monuments date from the Bronze Age through to the Turkic Period. You can find standing Turkic stone men as well as numerous burial mounds and associated ritualistic stones and statues.

The mountain is also home to abundant wildlife. From the largest wild sheep the Argali to ibex, snow leopards, wolves, eagles as well as many other bird species. When visiting, however, expect to see eagles and birds and, if lucky, some sheep.

For many, the sheer natural beauty of the area is a big enough draw. 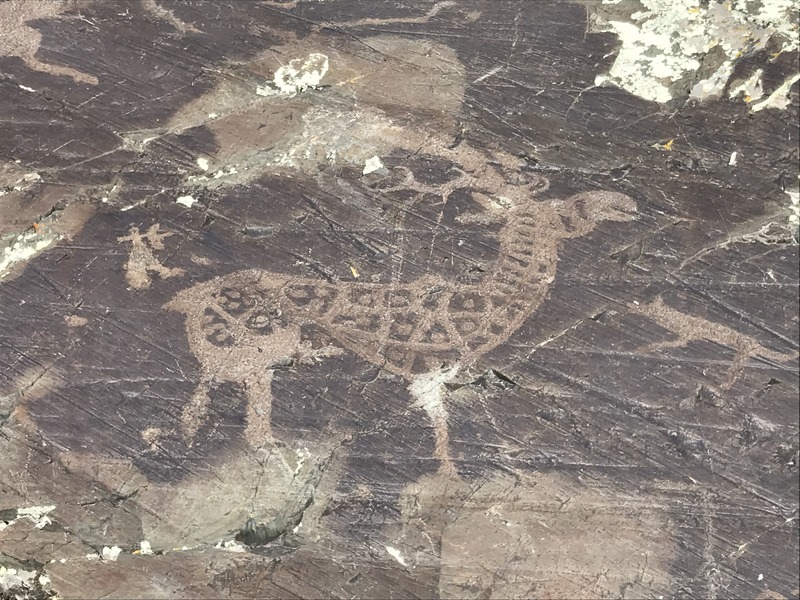 How to Get There

It's bumpy and can be rough but if you like an adventure its for you.

A 4WD vehicle is a must along with an experienced driver who knows the area.

There is usually snow present until the end of May the best times to visit is from June through to September outside of this time do expect Avalanches, heavy snowfalls and landslides to occur at any time. During the summertime temperatures can still reach 0c, and snow may fall in the upper reaches, so be prepared. The summer months can cause a few problems. As it is also the rainy season, sudden heavy rains can cause the white river to burst its banks making the road to become mud-soaked and challenging to traverse.

If visiting just the mountain we would recommend a three-day visit although two days is possible at a push, it raises some driving-related safety issues.

The drive to the Shiveet Khairkhan from Ölgii city will take 5-6 hours depending on the weather at the time and the days previous. Once at the foot of the mountain, it is not to much further to the petroglyphs. The best petroglyphs are found very close to the track from where cars can park.

As the area is still sacred, especially for the Tuvan people, it is asked by locals not to climb the mountain peak.

There are not any habitations around the base, but one can stay at the nearby Shiveet Khairkhan Ranger Station located within the White River valley. This rangers station is the same one used to reach the Potanin glacier and Tavan Bogd mountains.

Camping is an option here or paying one of the Tuvan families to overnight in their Ger.

It is impossible to know how this peak in amongst so many others became scared.

These days, it is held aloft by the Tuvans and their shamanistic beliefs. By looking at the archaeological evidence, we can see that the importance of Shiveet Khairkhan Mountain dates back several thousand years.

The worship of the mountain may have started due to the lay of the land, rock colour or just its magical shape.

Whatever the reason it has marked an area of human migration for many centuries, people were passing for life, war,  trade, religion and now tourism.