The Rungrado Funfair is a large amusement park in the centre of Pyongyang.

The park is also referred to as Rungrado People's Pleasure Ground.

It opened with much fanfare in 2012 and is Pyongyang’s newest and most extensive amusement park.

The Rungrado Funfair is not to be confused with the nearby Kaeson Youth Park. 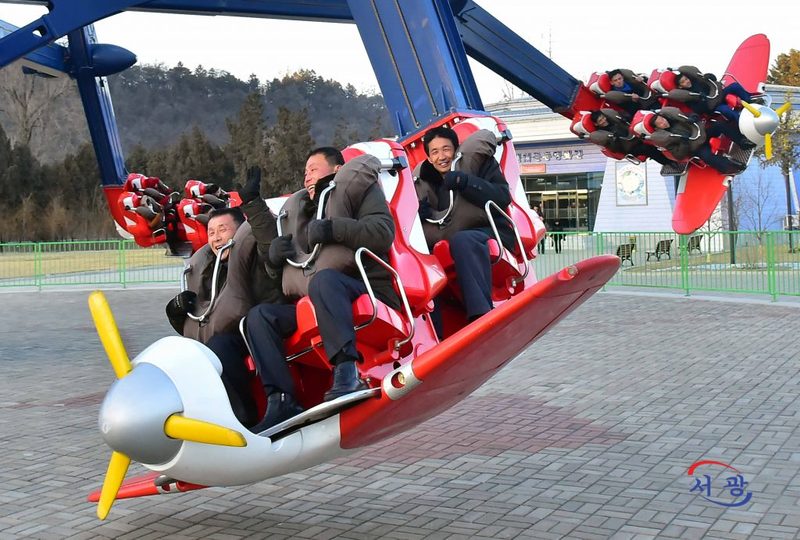 The Rungrado Funfair is located on Rungra Island.

This is the same island that is home to the May Day Stadium where the Mass Games are held. 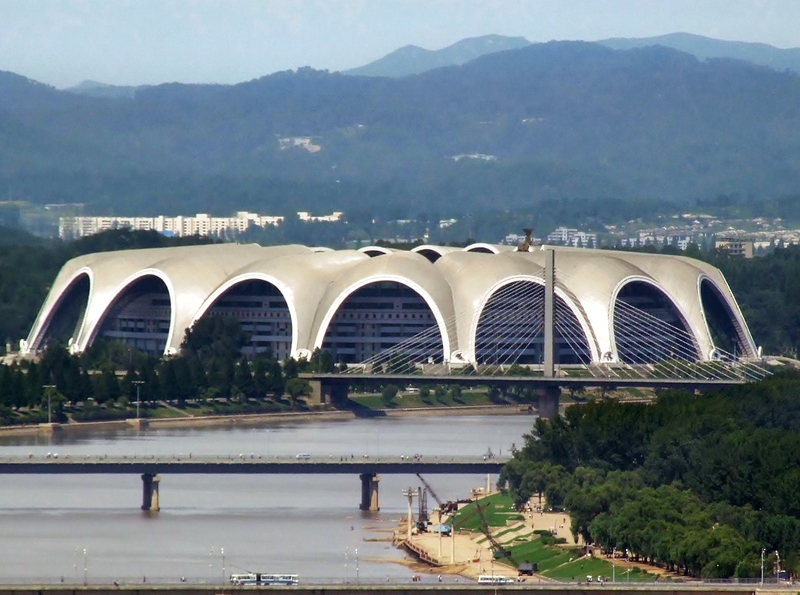 Located to the South of the May Day stadium the park is set in two parts linked by a several hundred-metre-long path.

The park has a variety of roller coasters costing 2-4 EUR per ride for foreign tourists.

There should be something to please everyone here. From some genuinely frightening rides for the seasoned park visitor, to bumper cars and swinging chairs for the less adventurous - Rungrado Funfair has it all.

It also has a water park, arcade hall, mini-golf course and is home to the Rungrado Dolphinarium – Pyongyang’s version of Sea World.

The park is open late into the evening and often very full of locals despite its quite inconvenient location, nowhere near where anyone at all lives.

Park entry is 2 EUR per person and rides are around 2-4 EUR each.

The more exciting, the more expensive.

You can either walk along the path that links both parts, or take a small train that plies that route. It’s usually quicker to walk! 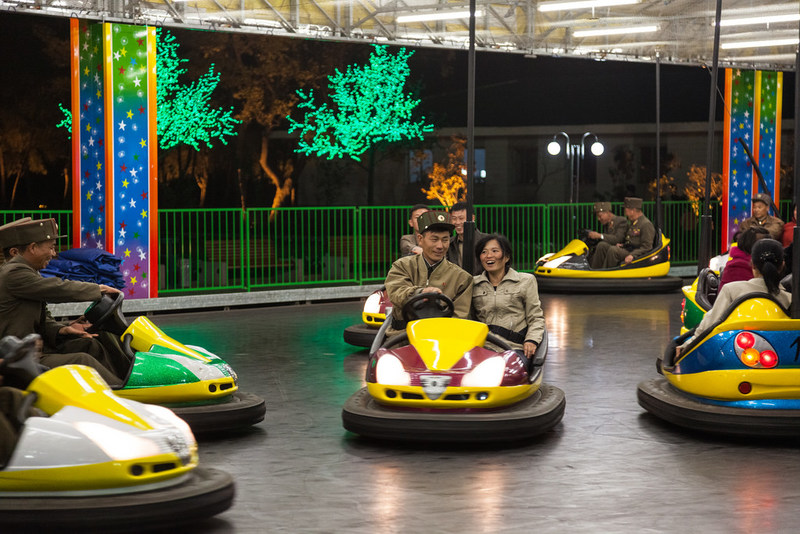