Officially named the ‘Railway Ministry Revolutionary Museum’ due to belonging to the Railway Ministry, this is generally referred to simply as the Pyongyang Railway Museum.

The name speaks for itself, but this isn’t just a place for trainspotters to visit, this is a place where the development of the DPRK from independence to the present day can be seen, through the medium of trains! 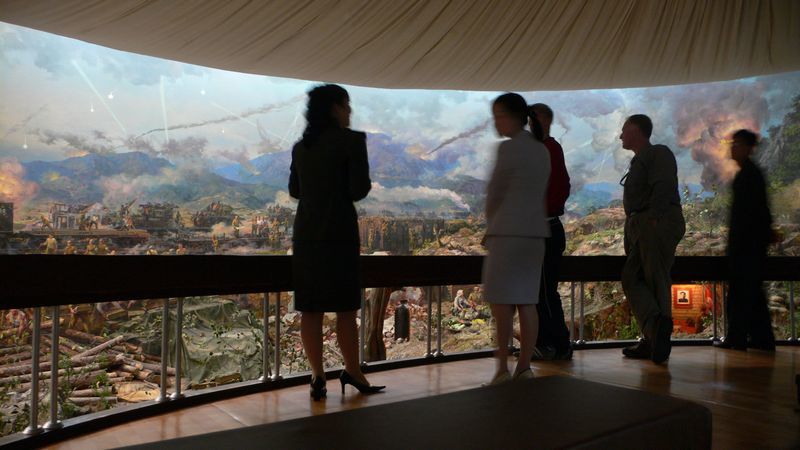 Handily, the Railway Museum is located just down the street from the Pyongyang Railway Station itself, on Yokjon Street (meaning ‘in front of the station’).

From the outside there isn’t much to indicate this is specifically a Railway Museum, it just looks like a large grey general museum. But there are trains parked outside to the side, and once you open the main door you will never be in doubt! 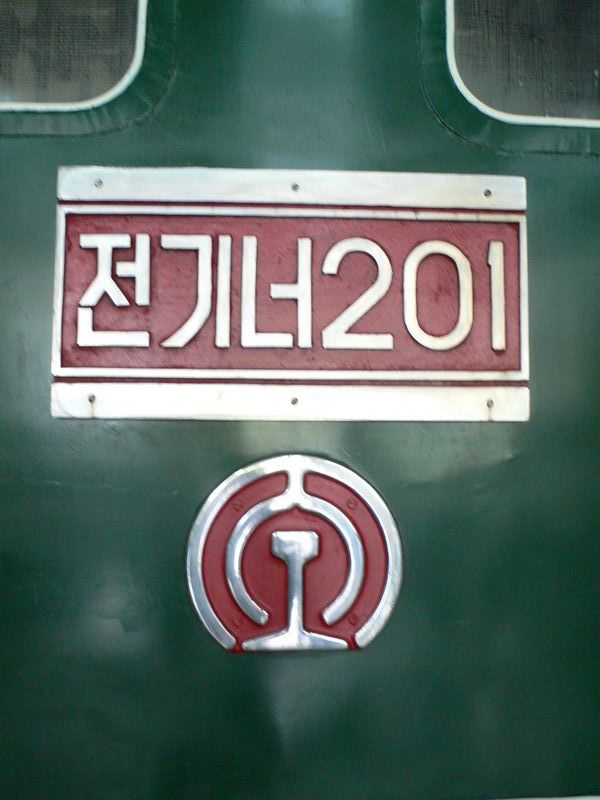 A tour of the Railway Revolution Museum usually takes around an hour, however depending on who you are there with this can be stretched out much longer (you know what train obsessives are like!).

Initially, you start with the main hall, featuring a truly remarkable concave mural of Kim Il Sung and Kim Jong Il on a train platform, surrounded by their adoring subjects.

It is one of the great murals of North Korea and worth coming here for this alone if you’re a fan of this art form. 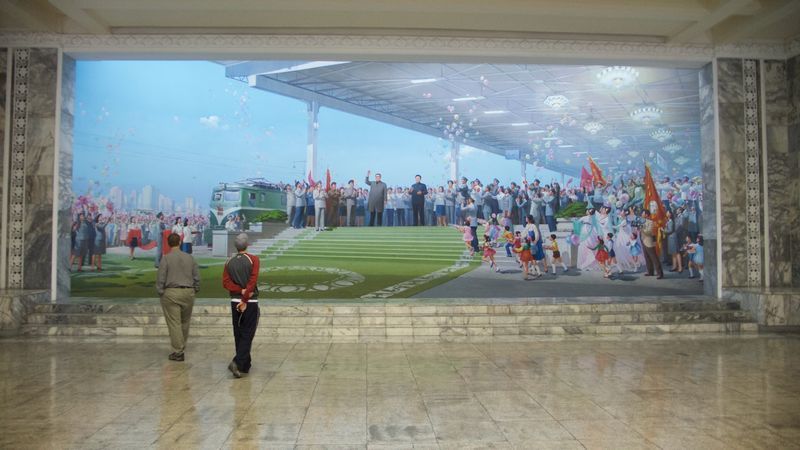 There are various halls throughout this very large museum.

Some, of course, contain trains; from early steam trains (many of which were brought in by the Japanese during their occupation) up to more modern electric vehicles.

There are some massive maps also showing the train travels undertaken both domestically and internationally by Kim Il Sung and Kim Jong Il; all the necessary stats such as distance, number of trips, and so on are here for you to attempt to memorise, or just be impressed by.

As the electrification of the railway system of North Korea is considered here to be one of the main early mega-projects this is explored in some detail. It is so important in fact that electric railways even appear on the national crest (along with hydro-power, fields of wheat, and so on).

Of course, the trains on display in the Railway Museum are amazing, but another reason to be here is to see some absolutely spellbinding panoramas showing the struggles to build the national rail system, then to use it in the Korean War (trains carrying tanks and troops and so on), then to proceed to electrification. 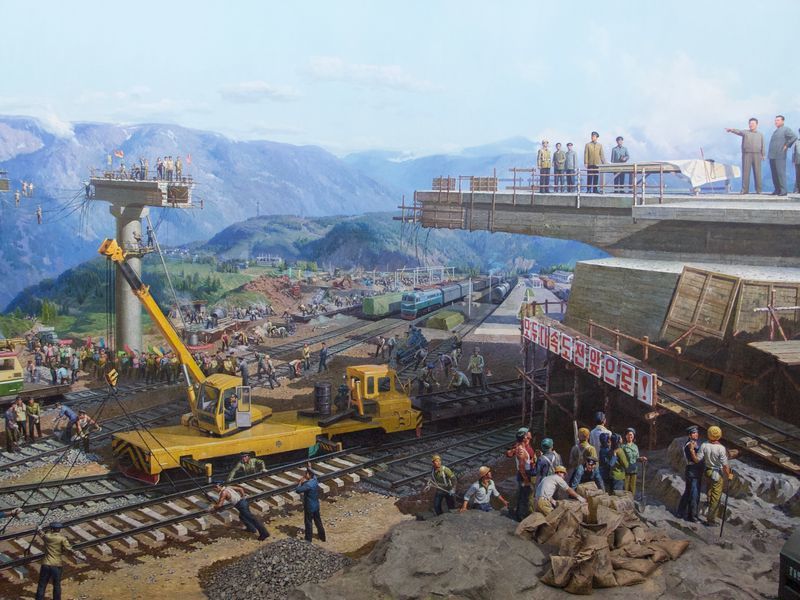 All of these epic undertakings are rendered in great detail by artists at the height of their panorama-making powers.

It is no exaggeration to say that the murals and panoramas here are of the very highest quality and artistic value indeed.

Also here you will find a lot more focus on Kim Jong Il as a leader than his father.

There are even some of his toys and photos/pictures of him as a youth, then growing up into a position of power. This is something not seen in as much detail in many other places and although you may not expect such exhibited in a Railway Museum they are here anyway, so learn more than just about trains at this very special museum! 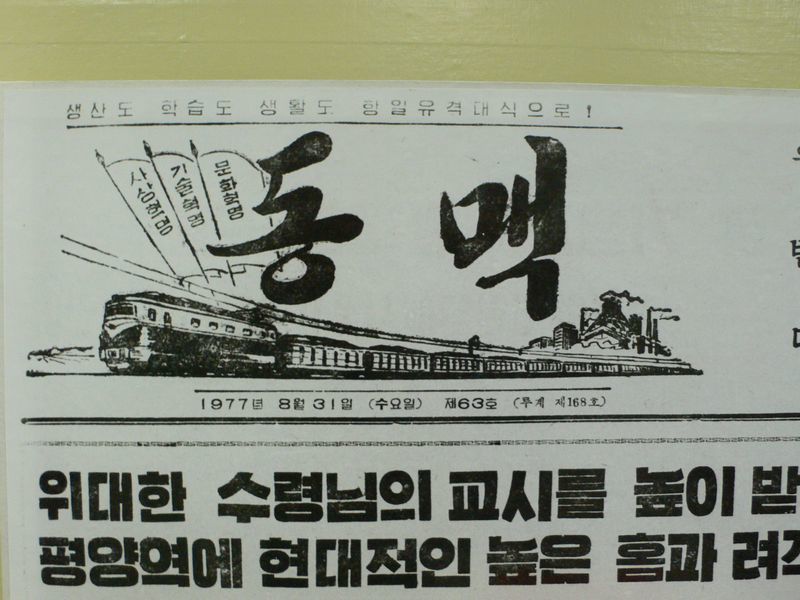