We have very few words to describe the Navruz Palace initially! It would be best if you visited Tajikistan to see this fantastic place for yourself.

Once called the biggest tea house in the world, Navruz Palace is undoubtedly big but not a tea house. It has a giant man-made lake, bowling alley, pool hall, cinema, restaurant and we haven't even mentioned the main rooms yet!

Tea houses have always been important throughout central Asia, not just to get a cup of tea but as a place to meet, talk, chat, and maybe make the odd business deal.  It used to be that cities would have their large central tea house establishments and smaller, more local affairs.

With the advent of television, radio, and the internet, the popularity of these places has declined.  Due to the declining demand for tea houses, the smaller business has close while the larger joints had to diversify and becoming restaurants.

In Dushanbe, the most well know Tea house is called Rohat this ageing affair is a beautifully decorated open-fronted building perfect for enjoying the fresh spring evenings. Now, however, it has changed its usage and survives as a restaurant.

In 2002 it was suggested by President Emomali Rahmon that the city of Dushanbe construct a new tea house somewhere that people can be proud of; Work was begun with funding from Orien state bank. Throughout its construction, the finest craftsmen were employed utilising the finest materials. In 2015 the 4,000 workers finished a complex that covers 40,000 sq metres. Now completed its clear that Kokhi Navruz palace is a lot more than a tea house.

If it's not a tea house, then what is it?

On arrival, you will notice the giant cavernous entrance part castle, part palace and with the plaster, waterfall part Disney!

That's not all though as the rooms used for the conference and dining areas are unbelievably exquisite. The rooms have certain features attributed to each:

If this weren't all enough, there are small side rooms for drinks and breaks when meetings become too tough going, these range from mirrored marvels to kitsch wanders.

On June 15, 2019, 27 world leaders attended the Conference on Interaction and Confidence-Building Measures in Asia (CICA). This year it was held in Dushanbe at you guessed it Kokhi Navruz Palace. Even President Putin was in attendance as the group discussed security and the wellbeing of the Asian region. The meeting appeared to go well although it is unclear if the leaders used the other facilities within Kokhi Navruz Palace; it would have been great to see Putin, Xi Jinping and  Hassan Rohani battling it out on go-karts.

For those who opt for a guide around the conference rooms, you will not be disappointed. The rooms themselves as you may have noticed are worth the time, and the local provided is excellent. Light-hearted and full of all the facts and figures she is brilliant. Although if you want a light-hearted telling off do ask her when is the cup of tea coming? 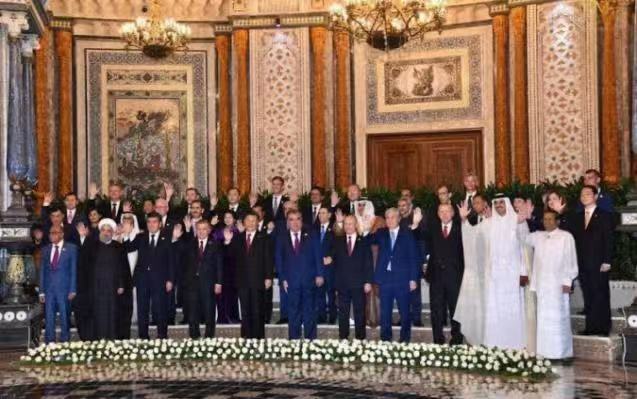