The Pyongyang Metro is one of the great engineering feats in North Korea. While modest in size compared so many other systems it is nevertheless rightly renowned for its amazing décor, incredible depth, and also the general retro-aesthetic (although renovations of some stations have changed this somewhat).

A journey on the Pyongyang Metro is a common part of tourist itineraries, usually travelling between a handful of stations, it is also possible to arrange a full metro tour if planned in advance. The Metro Museum is on Ryomyong Street, right behind the Eternal Life Tower that starts the road to the Kumsusan Memorial Palace.

The nearest Metro Station to here is Jonu Station, the only interchange point on the Pyongyang Metro’s two lines 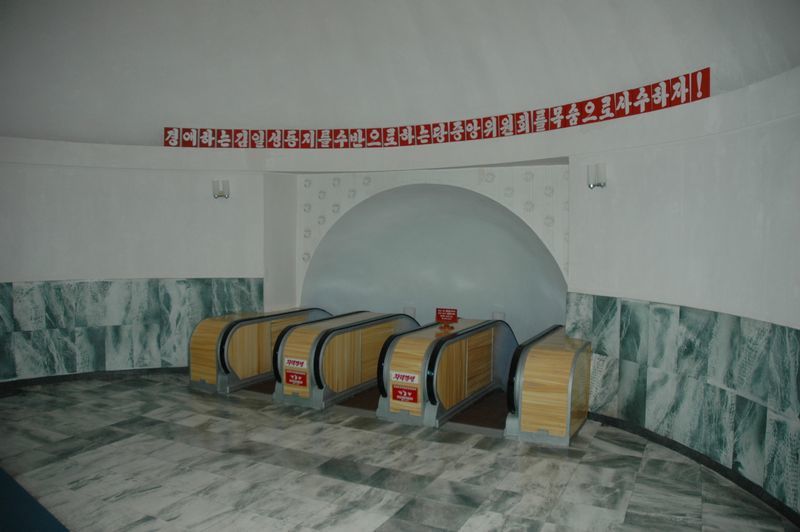 Pyongyang Metro Museum is a huge place, it is no exaggeration to say that building and equipping this facility is quite a feat in itself – and there is even a small two-room exhibit here to show the efforts made to build this museum, basically a Museum of the Museum of the Metro!

In the entrance hall, visitors are greeted by a very impressive mural of Kim Il Sung and Kim Jong Il, surrounded by adoring locals, opening the Yonggwang (Glory) Station. 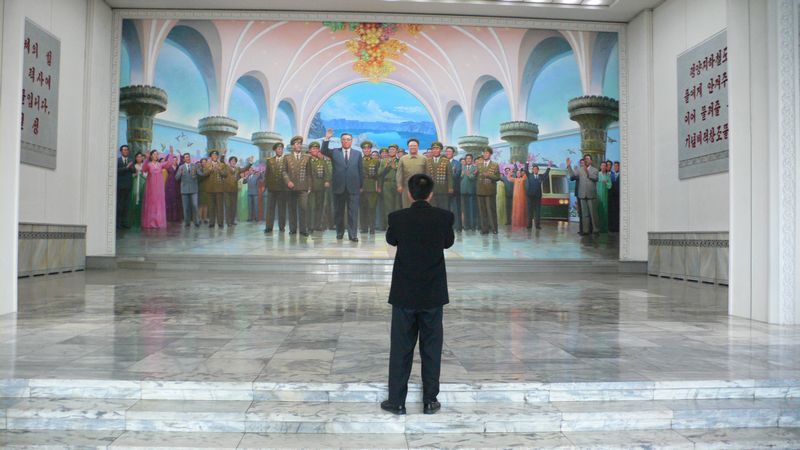 Following this impressive welcome a guided tour begins, as this is a vast place it is worth preparing in advance for seeing the dozens of rooms full of equipment used in the construction of the metro, designs from the earliest days up to and including maps projecting how far it may be expanded in the future, every pair of scissors used to cut every ribbon, every glass used to toast the workers, really is is an exhaustive collection indeed!

While technical specifications are somewhat missing, left aside in favour of veneration of the directives and guidelines issued by North Korea’s Leaders, which is the kind of focus any visitor here would expect of course, there are some real highlights in amongst all the exhortations and images of great heroism.

Some of the older trains initially used can be found here, when the system basically used underground buses.

The panoramas in the Metro Museum are among the very best in North Korea – as digging a hundred metres below the ground is a remarkable feat in any circumstance the endurance of the workers is rightly lionised in these amazing pieces of art. Worth visiting the Metro Museum simply to see these panoramas alone! 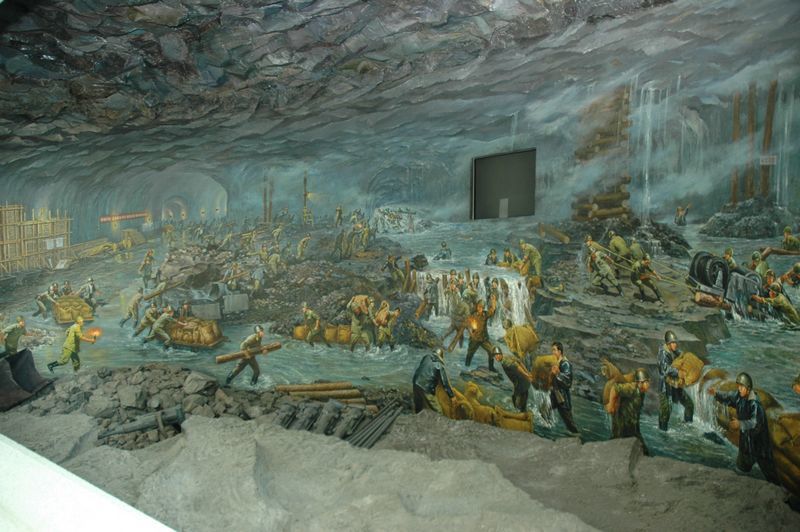 So, when visiting the Metro Museum be prepared for quite an experience; it can be tiring and mind-numbing, but then a kind of Zen is achieved and the constant references to the guidance and instructions, plus the mighty Stakhanovism of the workers simply becomes something expected and understood as a vital part of the experience of visiting the Metro Museum – soak it all in and get one of the quintessential Pyongyang experiences! 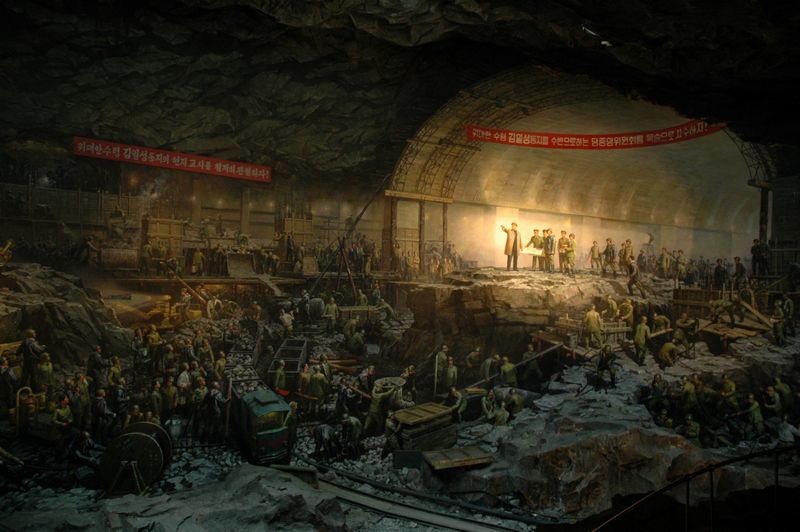