The KPA Military Equipment Exhibition is a huge museum/exhibition of the military history and capabilities of the Korean People’s Army (KPA). Displaying weapons, military vehicles, as well as exhibits on enemy forces.

Fascinating for anyone from pacifists to military geeks, this is an absolute hidden gem!

Opened in 2013 around the 60th anniversary of the Korean War Armistice, this amazing site is one that hardly any visitors have ever laid eyes on.

It was actually built on a site cleared by demolishing a never-completed baseball stadium. 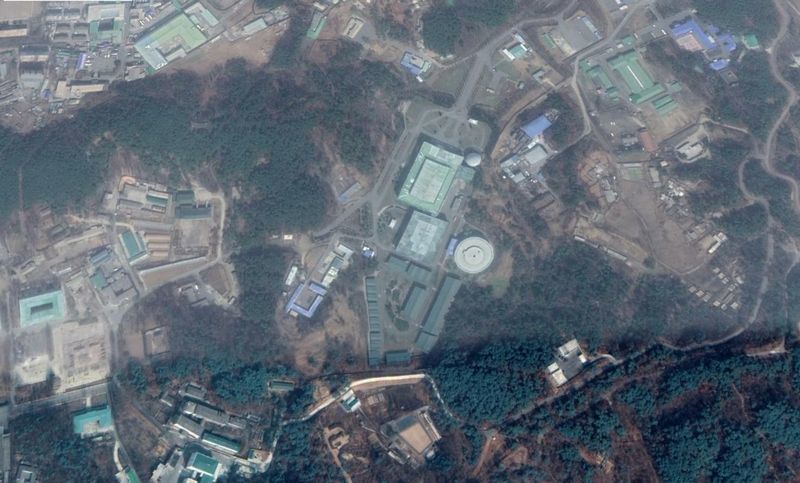 The KPA Military Equipment Exhibition isn’t open to tourists with very few exceptions. In fact, there have been only a tiny number of occasions in which foreign visitors have been permitted access.

We hope that this will change soon as it is genuinely the best museum in Pyongyang.

Considering that the explanations for most of the exhibits are in English as well as Korean there must have been some intention to open the KPA Military Equipment Exhibition to tourists, but that has yet to be fully realised.

When visiting, should a visit be possible, this is what you can expect -

The KPA Military Equipment Exhibition is massive, really big indeed, it takes at least a couple of hours to rush around and there is so much to see here that allowing most of an afternoon would not be excessive.

There is a main entrance hall as well as various sub-sections around the complex dedicated to different branches of the KPA forces. The rear part of the KPA Military Equipment Exhibition has an area where a small train rides around delivering visitors to different parts of the Exhibition. There are panoramas, amazing displays of weaponry, loads of statistics and numbers about everything on display.

There is even an unexpected part where the fighting capabilities of different countries are explained, including the US, with models of some of their most massive Aircraft Carriers and most dangerous warplanes. Nothing here is designed to suggest that the ever-victorious KPA would have an easy time if things heated up with the US, here it is approached much more pragmatically and less propagandistically than anywhere else in North Korea.

But where are the photos? Well sadly at the KPA Military Equipment Exhibition on the ultra-rare occasions that tourists have been allowed in, no photos have been permitted, no cameras inside, no phones, no exceptions! Probably a military secret!

Top Tip – keep an eye on the website and Facebook of Koryo Tours for any future announcements about access to the KPA Military Equipment Exhibition. That will not be kept secret if and when it becomes possible!