The Kolyma Highway: The Road of Bones

Introduction
History
Visiting
Along the Road of Bones

The Kolyma Highway is one of the best-known but little-travelled roads in Russia, a notorious and deeply sad path steeped in tragic history of its inception, construction, and legacy. Also, of course, it has more practical purpose than being just a piece of one of the darkest periods of recent history; it is a functional road with some basic facts and figures to start with.

Known by the less-prosaic official name of R504 (you may see it noted as P504, the P in Cyrillic is an R in the Latin alphabet), meaning Federal Automobile Highway 504, Kolyma Highway. This road connects Magadan and Yakutsk, across 2031 km of forest, frozen wasteland, winding past occupied, semi-abandoned and fully derelict towns and villages, past abandoned gulags and factories, through some stunning and moving landscape and in one of the most inhospitable parts f the world.

The Kolyma Highway is the lifeline of everything human that exists in this part of the world. Even as it is crumbly, barely paved in parts, and impassable at times. Locals know it simply as Trassa – the Route, as it is the only highway in the region there is no need to bother with the real names or nicknames. 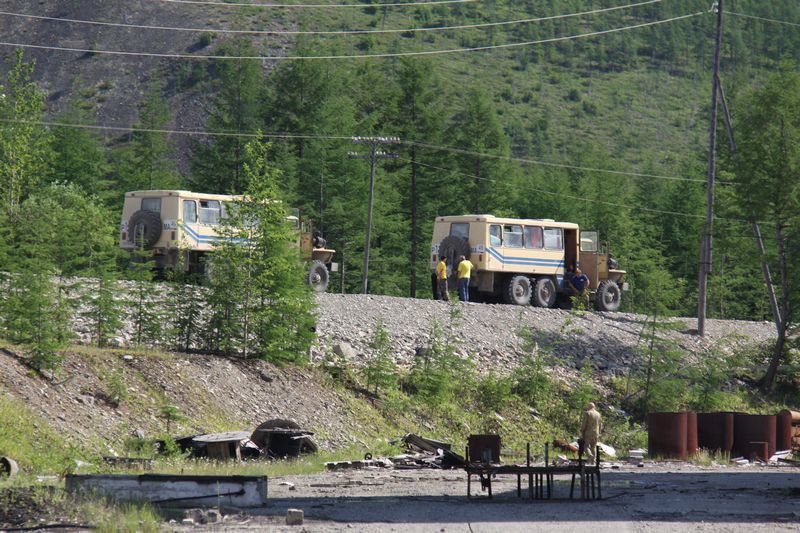 Construction started in 1932, under the control of Dalstroy, the directorate of the regional gulag system. Prison labour was used in the initial 20 year period of construction, leading to uncounted thousands of deaths as inmates of both criminal and political classification worked and died on the massive site.

The moniker ‘Road of Bones’ is not simply tragic poetry, people really were interred in the permafrost beneath the road when they expired.

Initially, the purpose of this road was to move legions of prisoners through the area to their camps, a one-way journey for many.

Camps in this area mined and processed tin, gold, uranium and much more, there were also state and prison farms established and eventually (post-gulag) free settlements made up largely of former convicts who had nothing to return to, but also pioneering young people and those who found themselves better served at the margins of the world than in the more established west of Russia. 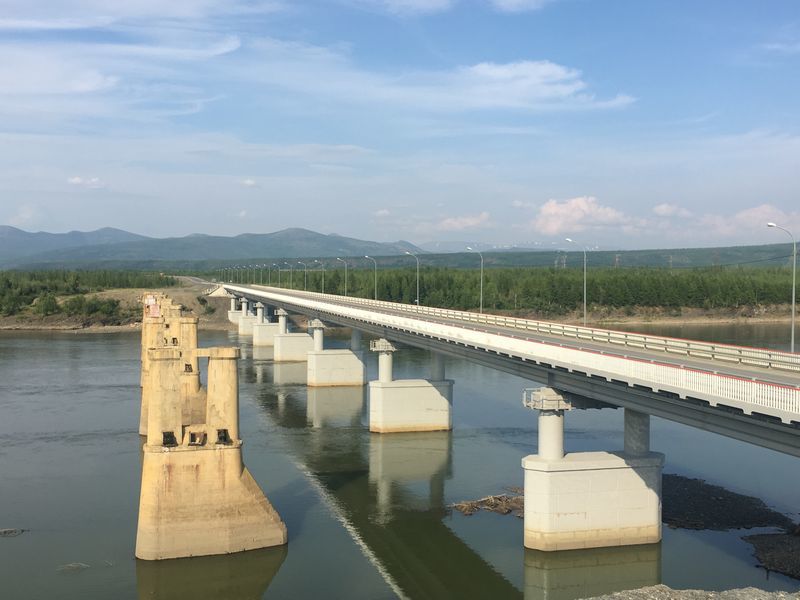 The route of this road has changed over time and there is these days a main route and a semi-abandoned part known as the ‘old summer road’ which is, ironically, almost impassable until it freezes in winter (packed ice being easier to drive on than metres of liquid mud and rivers whose bridges have collapsed).

Being part of the Federal Highway system means that the road is by law maintained by the central government. Technically it is now an all-weather highway, but those used to the decent versions to the west will still find this simply a massive dusty track, the ubiquitous piles of broken tires that lie by the side of the road a testament to how gruelling this drive is for all kinds of vehicles.

There are buses, marshrutki (minbuses that follow bus routes), and taxis that run along the route. Local companies and drivers offer various levels of comfort, from the back of a truck or Kamaz to a journey by modern 4x4, no trip on the Kolyma Highway is a comfortable one but all are amazing (maybe not if you do it all the time, but you know what we mean!) 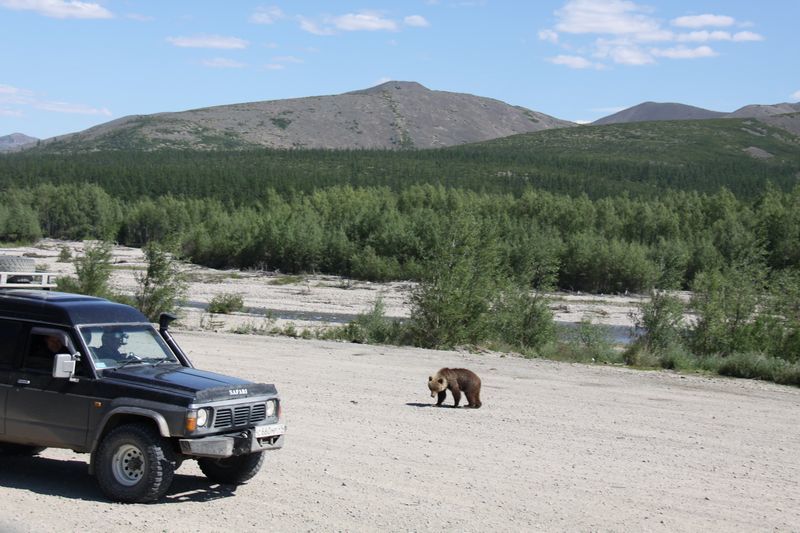 Along this road you meet all kinds of people, in cafes and towns, driving, living, doing what they do in life. Native people, descendants of people brought here in shackles, people who love the outdoors, motorcycles groups, people doing it as a mad challenge on foot or in a classic car, people who loved ‘The Long Way Round’ (a 2004 TV series where Ewan McGregor and Charley Boorman traversed the road by motorbike, even they had to hitch a ride at some points!) and so many more.

When driving on the Kolyma Highway do stop at a monument to its tragic builders, there are a few along the way, and any town with a sign noting that it was built in the 1930s is itself a monument to those who didn’t choose to end up here. It makes for a melancholy experience indeed, both a journey through space and time, beset by mosquitoes, ice, punctures, and endless kilometres of dusty road – this kind of drive is not for everyone, but those it is for…there is nowhere better 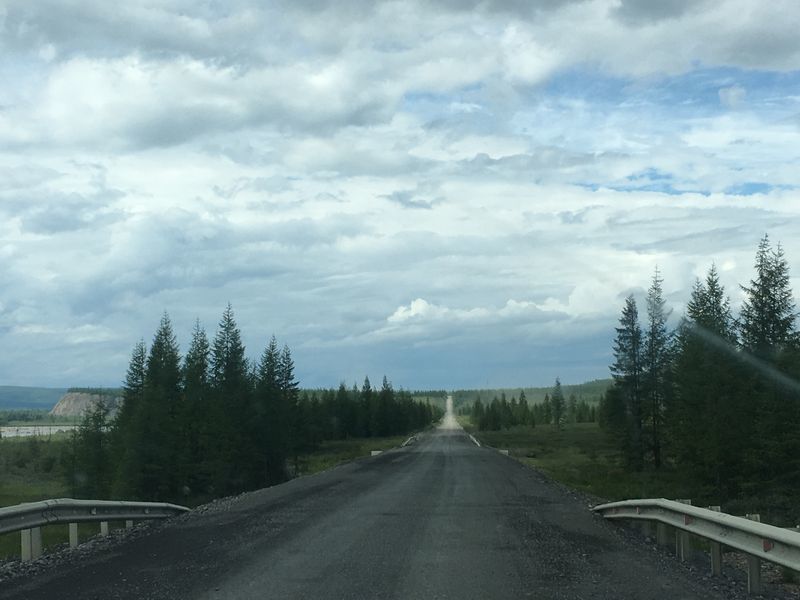 Along the Road of Bones

Measuring from Yakutsk some major sites on the Kolyma Highway include:

•    0km Yakutsk – Capital of the Sakha Republic, major city, modern vibe, and all mod cons provided. You will fly in or out of here most likely.
•    380km Khandyga – modest settlement on the Aldan River. Home of a small airport
•    940km Ust-Nera – Mining town and site of an airport, also close to the highest point on the highway (1452m)
•    1240km Kadykchan – Alpha and Omega of abandoned towns in this region. Something not to be missed!
•    1330km Susuman – nearest half-decent town to Kadykchan, good for overnight and as a local base
•    1830km Atka – abandoned village with a friendly and useful café at a truckstop. There is always a lady here selling local honey, buy some!
•    1980km Sokol - Home to Magadan Airport. You will fly in or out of here most likely
•    2030km Magadan - The road ends at the top of a hill in the centre of town topped by a communications mast. Magadan is a well-equipped town with a dark history, well worth some days of your time. 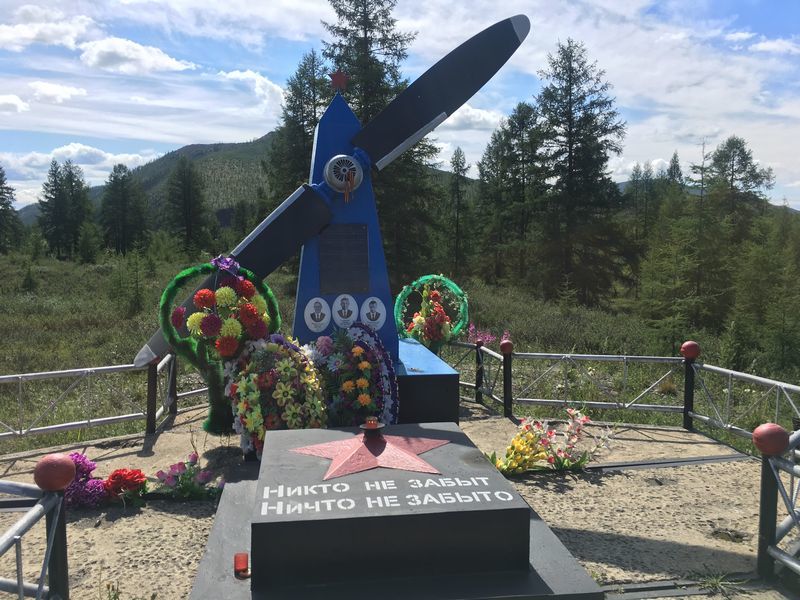