Also known as Gandantegchinlen Monastery, this central place of worship is lovingly known amongst most Mongolians as Gandan.

Since its construction Gandan monastery has gone through many restorations most notably during the early 1990s.

Home to almost 600 Monks, these days this beautiful building mostly escaped the brutal purges of the 1930s. 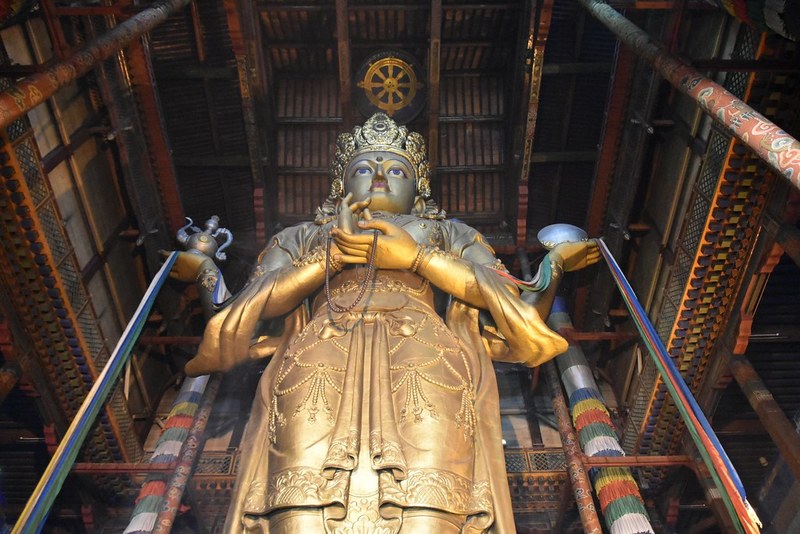 The History of Gandan Monastery

Ganden monastery at its current location was built in 1809 by order of the 5th Jebtsundamba Khutuktu.

Being Tibetan Buddhists, Mongolians believe in reincarnation, and Jebtsundamba Khutuktu during his many rebirths was the spiritual heads of the Gelug lineage of Tibetan Buddhism in Mongolia. Unfortunately, the first temple was destroyed by fire, and all that remains now is a single timber pillar.

From 1838 the Gandantegchenlin Temple as we know it was constructed along with added living quarters for his holiness  Jebtsundamba Khutuktu.

Gandan Monastery was to see further temples added over the following years;

1869 construction of the Zuu Temple was completed.

1913, the great Avalokiteśvara temple was built.

1925 the temple for keeping the remains of the 8th Jebtsundamba Khutuktu constructed (now the monastery library.)

In 1904 Gandan can also boast that his holiness the 13th Dalai Lama stayed for a time in the residence.

The 1930s were, unfortunately, to see darker days not only for Gandan but all religion and associated buildings across Mongolia.  Mongolia's leader Khorloogiin Choibalsan under the influence of Joseph Stalin was to oversee a serious of deadly purges which destroyed most monasteries throughout Mongolia.

Supprising Gandan was to avoid destruction; it was closed in 1938 to reopen only a few years later in 1944. From the mid-40s, Ganden was run as a showcase monastery housing a few token monks and visited by mostly officials and overseas dignitaries. With the collapse of the soviet union and the new independent Mongolia in 1990 Gandan was to see a new lease of life.

The number of monks was to grow as was religion in Mongolia, new sections of the Monastery added as well as previous items hidden by local people returned to this fascinating building. 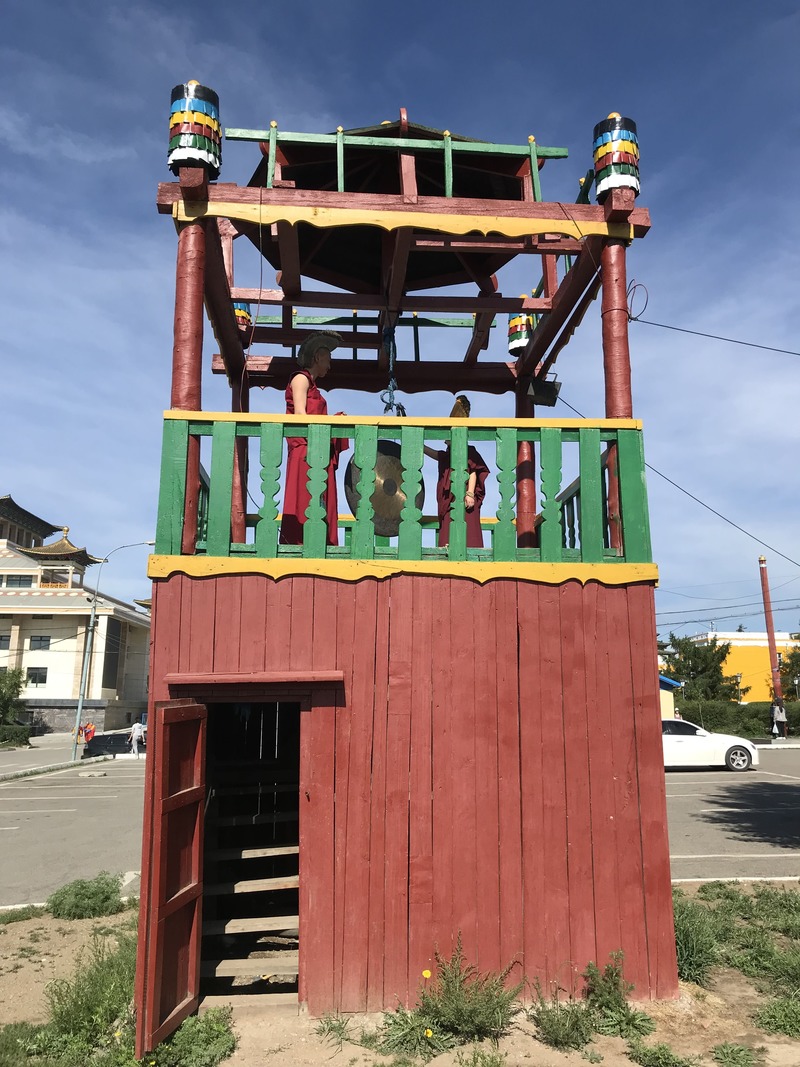 For many visitors to Ulaanbaatar, Ganden Monastery is a must-see sight.

Not only does it offer that original temple feel, but provides any visitor from overseas with a glimpse at local Mongolian culture.

For many Mongolians, Gandan is still the centre of their life visiting to obtain advice and blessings from monks, as well as to ask for prayers to help aid sick and injured relatives.

Another reason for visiting is the 26.5-meter-high statue of a Buddha (Avalokiteśvara.) Russian soldiers dismantled the original statue in 1938. However, with the aid of public donations, the current figure was built in 1996.

Embedded with over 2,286 precious stones and gilded with gold leaf, the statue is well worth the visit. 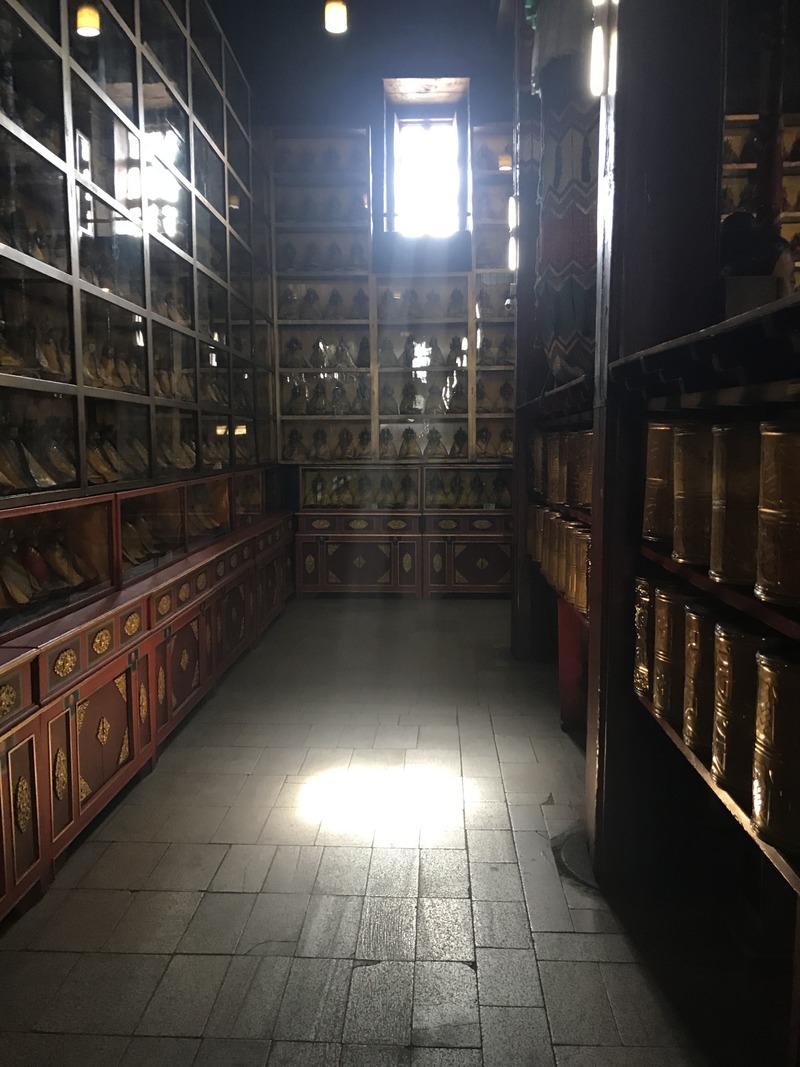 Getting There and Opening Times

A taxi should cost only 3000 Tougreg although depending on the time of day it may also take around 30 minutes.

Note: Do take care when entering some buildings as in some prayer halls it is not permitted to take photos this is marked at the entrance of each site.

Visiting with Koryo, on all of our tours we include a visit to Gandan Monastery, our advice is to visit with a guide as they will able to give a more in-depth visit.