Early Kings of the Koryo Dynasty

Taejo Wang Geon was the first king and founder of the Koryo Dynasty which ruled the Korean peninsula from the 10th to the 14th century.

He rose to prominence during the overthrow of the Kingdom of Silla as a military commander close to the leader of the revolution Gung Ye who later founded the Kingdom of Taebong, of which he made Wang Geon Prime Minister in 913.

In 918, with the help of four generals, Gung Ye was overthrown and Wang Geon was crowned king; he later renamed the Kingdom ‘Koryo’, thus beginning the Koryo Dynasty.

The crowning achievement of the rule of Taejo Wang Geon was the unification of the peninsula.

After a series of military conflicts between Koryo, Silla and Baekje, all three were eventually unified under the Koryo dynasty’s rule for the first time in centuries.

King Taejo died in 943 from disease and was succeeded by his son, later to become Hyejong of Koryo. 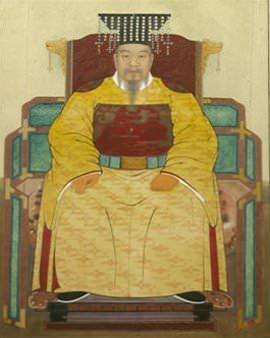 Hyejong ruled for only 2 years – his reign was defined by conspiracy and conflict between his siblings in a power struggle for the throne.

Hyejong died of mercury poisoning in 945 and was succeeded by his third brother, Jeongjong of Koryo.

Jeongjongs’s short 5-year reign between 945 and 949 saw him act to reduce the power of members of the extended royal family.

He also attempted to strengthen his own power, however, this failed as he lacked the support of dynasty elites.

During his reign, he ordered the construction of a castle in Pyongyang and officiated the city’s position as the western capital of the kingdom. He died aged 25-26 in 946 and was succeeded by his brother Gwangjeon. 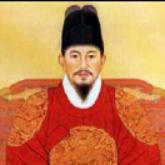 Early Kings of the Koryo Dynasty:
King Gwangjong of Koryo

His first act as king of Koryo was to emancipate the slaves which were often owned by noblemen and used to serve as private soldiers.

The king set up medical centres in Kaesong and Pyongyang during his early years and monarch as well as a series of policies focused on helping the poor.

During his later years, Gwangjong began to rely more heavily on Buddhism, the most significant religion in the country at the time. In 975, the king passed away after a quick illness. He was succeeded by his only son, Wang Ju, later known as Gyongju of Koryo. 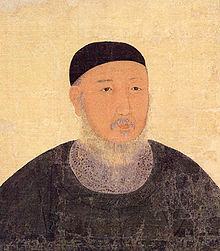 After the death of Gwangjong, King Gyonju succeeded to the throne.

His defining policy was the introduction of a new system for allotting land between the people – after this, he reportedly avoided the trappings of royalty, preferring to spend time with commoners until his death in 981, after which, he was succeeded by his cousin and brother-in-law, King Seongjong.

King Seongjong instituted a government based on Confucian principles.

He followed the teachings of Confucianism closely during his reign and began rolling out reforms to create a Confucian Kingdom out of Koryo. For the first time in Koryo’s history, the kingdom was divided into ten provinces for the first time. These provinces largely define the provinces still in use today in both the DPRK and South Korea.

Early Kings of the Koryo Dynasty:
King Mokjong of Koryo

The Koryo Dynasty was brought into the new millennium by King Mokjong of Koryo.

He only ruled for just over a decade between 997 and 1009, during that time he made reforms to the land allotment system instituted by King Gyongju.

He was later dethroned after a plot orchestrated by his mother with the help of a General Gang Jo.

The Koryo Dynasty would carry on through another 29 kings until 1392 when the Choson dynasty was founded by a man by the name of Yi Song Gye.

His dynasty would rule the peninsula until 1897 and serve as the final dynastic system to exist in Korea. Yi Song Gye took the reginal name ‘Taejo’, the same as the founder of Koryo had 4 centuries prior.