The period of the Gulag is one of the darkest chapters in the history of the world.

At its peak., this was a vast system of labour camps stretching all the way across the most giant country the world has ever seen, from the steppes of Central Asia to the wild frozen north, and from Vilnius to Vladivostok across the breadth of the country.

To write about the whole Gulag system would, of course, take up more space than allowed here. Those interested can be referred to the great Russian writers Solzhenitsyn and Shalamov, or to more recent historians such as Anne Applebaum, for excellent books on this tragic subject. 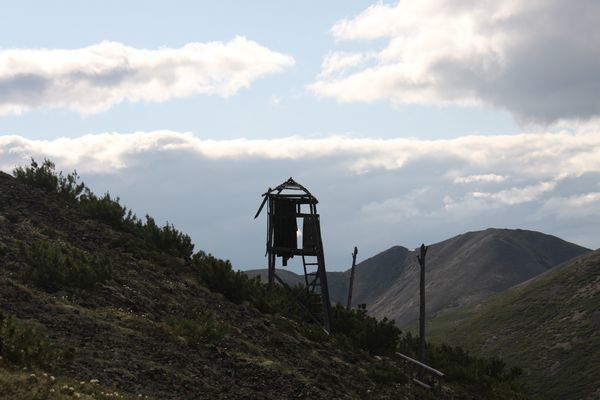 Across the Kolyma Region lay dozens of camps. When the system was abolished, most of them were abandoned, apart from those that were actually economically viable to operate with freed labour, some convicts who stayed on (having nowhere else to go, many had been disowned by their families), or itinerant workers in the region anyway.

Gradually though, even these camps faded and these days the extraction of minerals is done mainly by machine (you can see gold dredging machines in the Kolyma Rover today if you drive through this area.

Dneprovsky was one of the camps operational at that time. It was populated by a combination of political and legal criminals (so some people there for violent offences, some there for thought crimes). It was mainly engaged in the mining and processing of tin ore.

The Dneprovsky camp was apparently finally abandoned in 1955 as the ore they dug from the mines was of low grade anyway and there was no way to keep the site viable.

As with all the camps in Kolyma, Dneprovsky was not turned into a memorial or museum.

It was just left, for decades.

Over that time, a lot of the camp infrastructure decayed and collapsed, under the weight of multiple feet of snow every winter, and many millions of gallons of water melting over it every summer.

However, it takes decades for trees to grow in this region so a lot of things that would have been swallowed by forest elsewhere still stand out.

The mine entrance, buildings, guard towers, fences, and much more still stand and can be visited when at Dneprovsky.

A guided hike of around 3 hours around the perimeter is essential. It is treacherous ground with loose shale leading up a long path up to the edge of the camp, but the view from the top shows the extent and isolation of this sad place. If you book a tour (and you must, it's almost impossible to get here otherwise) then someone will come with you to guide you and watch out for any cuddly bears that might want to bother you (bears, of course, are all over Russia, they are not hugely dangerous unless bothered, but be on the safe side!)

Aside from the aforementioned sites, there is also a cemetery to visit here (prisoners buried facing the wrong way, against whatever religions they may have followed) and with numbers rather than names on the graves.

A small building that was used to turn empty tins of food into trays for baking bread is interesting, it is the one next to the enormous pile of rusted flattened tins.

A trip to a Gulag site is essential for anyone visiting Kolyma and going along the road of bones to understand the history of the region, the role of the Dalstroy organisation, why the people were here, what they were doing, and the legacy that this carries on into the present day and beyond.

This is one of the main reasons to visit this part of Russia.

People can be dismissive about ‘Dark Tourism’ of course, but it is more than just thrill-seeking; it is educational and emotional, and there is no better site than the Dneprovsky Gulag camp to learn and feel something about the place. 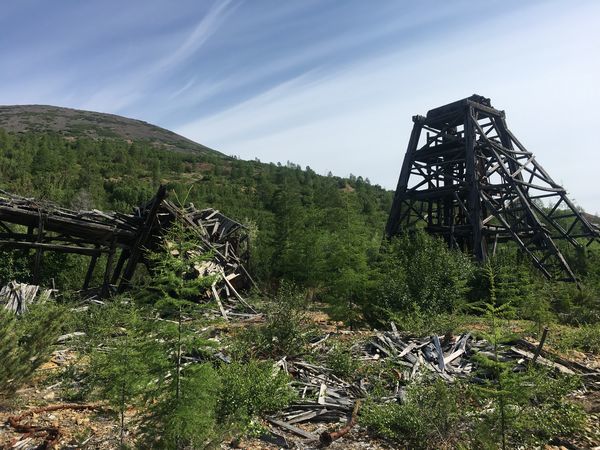 Getting to the Gulag Camp

Along the Road of Bones from Magadan city, the turn-off nearest Dneprovsky is a little over 265km.

The next 20km through the marsh and trees will be a very bumpy 60-90 mins but this is necessary for getting to the site, there is only the memory of a track and the way is simply uncomfortable.

They didn’t build highways to the camps after all!

There is no easy way to get to Dneprovsky, prepare yourself for a tough place by riding tough to get there! 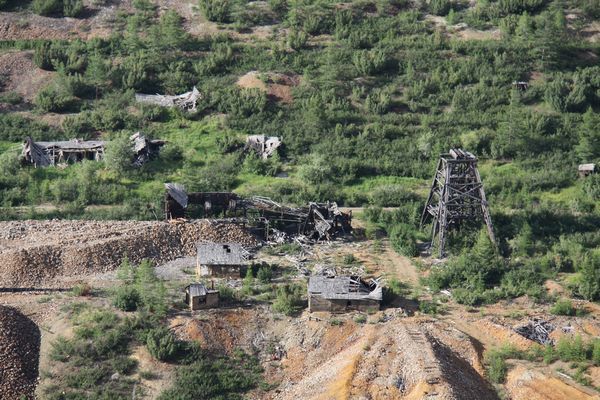 Staying at the Gulag Camp

There are no facilities other than a river which you can use for water, washing, and refrigerating supplies.

Take camping equipment and food with you.

In summer the place is absolutely swarming with mosquitoes. They are the big and aggressive Russian ones so they bite hard but they carry no disease.

Take repellant of the highest grade you can find, and a mosquito hat/net for your face and head.

They are a pest but they relax when the temperature drops and if you’re overly bothered by them just remember where you are; you get to leave, so many didn’t, and they had mosquitoes biting them too. 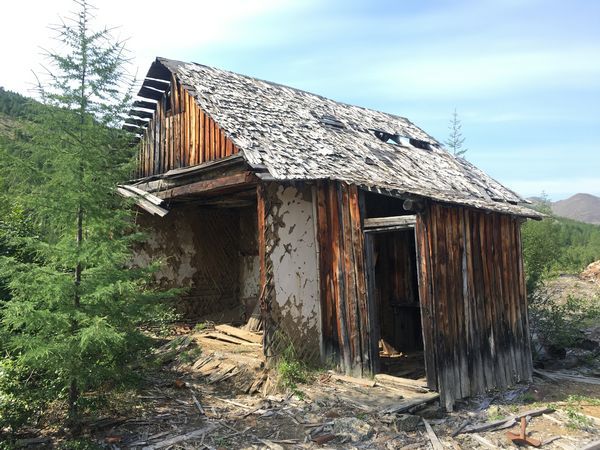