(also spelt ‘Shagan’, signs and records are inconsistent between the two spellings)

In the early 1950s as paranoia, suspicion, and tensions between the world’s two superpowers (the US and USSR) rose military bases proliferated across the territories of each country, as well as their vassals and allies, one of the sites that the Soviet Union threw a lot of cash at would be this now-abandoned spot on the Irtysh River in deepest Kazakhstan, the Chagan long-range bomber base. Now not so much open to the public as completely left to nature, you can just wander in whenever you feel like it. 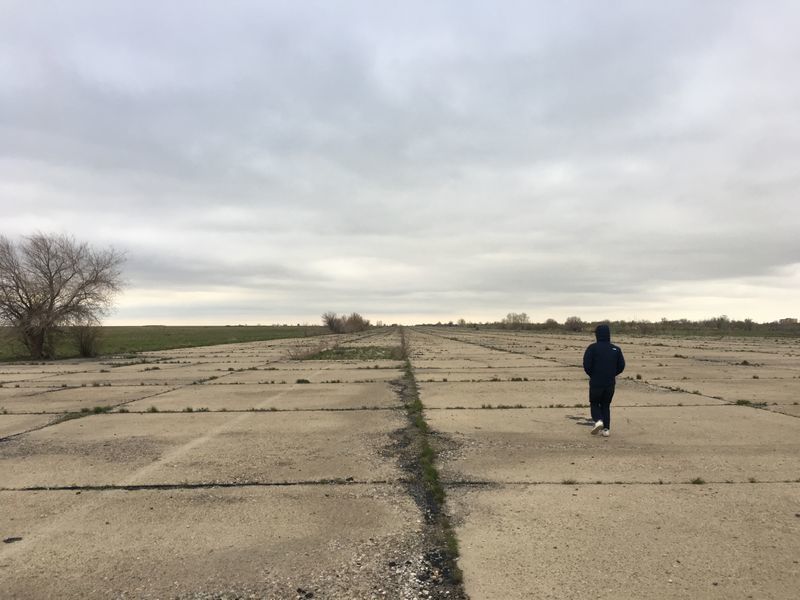 Drive from Kurchatov, a bumpy 60km (one hour) along the R-174 highway running alongside the Irtysh River. Chagan town is just a km or so from the main road, Chagan Airbase is a few extra clicks along a straight path directly south. Starting in Kurchatov and visiting both sites would need 4-5 hours in total, a half-day trip. 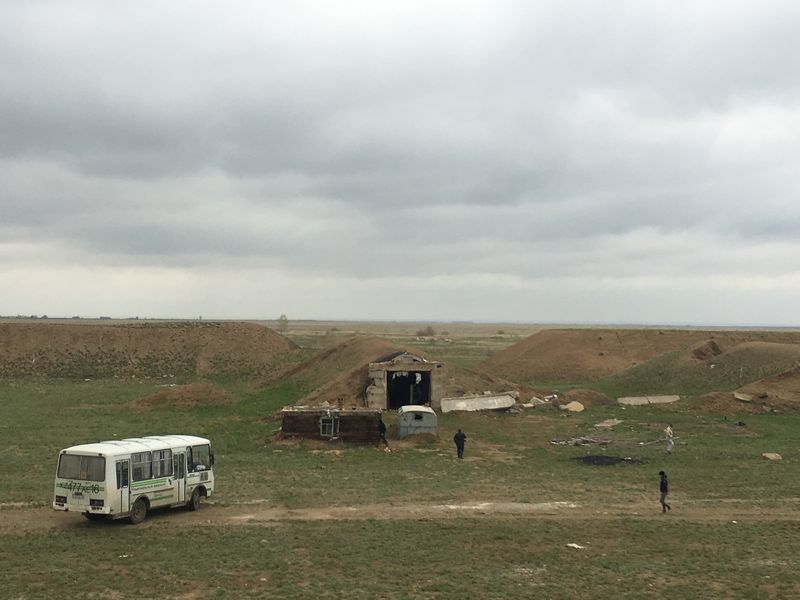 In its heyday this was a crucial site; home to fleets of M4 (Bison) and Tu-95 (bear) bomber fleets, some of which were kept in the air 24/7 for maximum readiness. It is claimed that more advanced planes also operated from here, details are hard to come by and as this place was controlled from Moscow all staff returned to Russia rather than stayed living in the area after the shutdown, so details remain locked with a particularly sturdy key to this day!

Locals tell of the last days of the base though; as Kazakhstan achieved independence it was thought they would have an instant powerful military as they would inherit the USSR’s war machines in their territory – this was not to be though as the base staff emptied the place in record time, put some to the torch, abandoned the town and flew many the planes, bombs, etc off to Russia.

Locals ransacked the place; it turns out there is money in metal and lots of war materiel is made of the stuff. You can hear of the time it took to dismantle a fighter, about a horrific event in which a store of bombs was blown up by looters by accident, causing many fatalities, it was all very chaotic indeed. 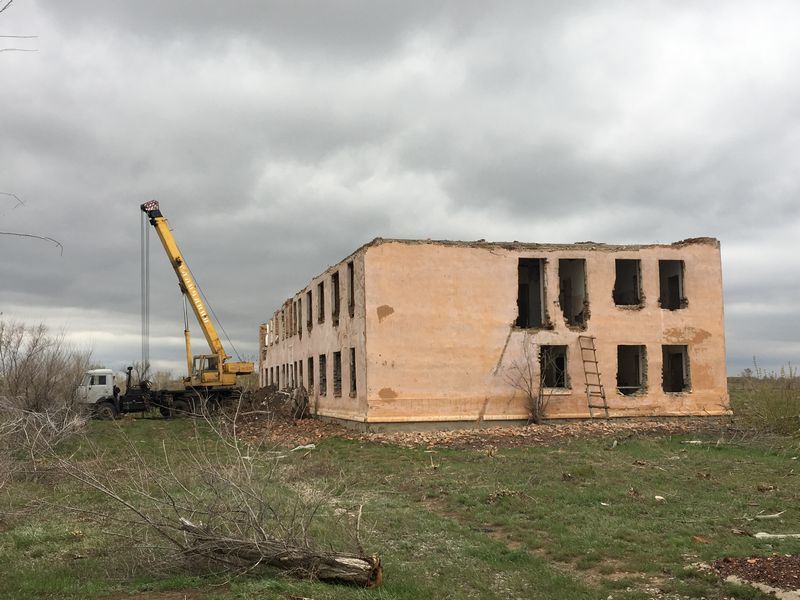 Now the place is mostly quiet, there are still some people who come in and exploit the seriously diminishing returns offered by looting, these days mostly bricks, once upon a time it was guns and copper. The hangars that still exist (too small for bombers, probably for ammunition storage) hold either nothing or some sheep. The runway is a bit overgrown but was built and hardened to last, it is an amazing 4km long, big enough to land the largest planes in the world.

The airfield buildings are now in a state of extreme disrepair, with bricks literally being prized out of them. The place may not last much longer other than a 4km strip of grey in an otherwise overgrown landscape. It’s a melancholy feeling to realise when standing here that once upon a time huge numbers of analysts and boffins in the US analysed this place, and now it is mainly some sheep and some brick-liberators.

Across the highway is the town tied to the base, also called Chagan. There is a small monument at the entrance built by those who used to live there, obviously with an emotional connection to the area. This monument notes the website www.chagan.ru which is a site for veterans of Chagan to keep in touch, plus contains some patriotic military-themed posts too (in Russian only)

The town itself is abandoned of course, but as it was abandoned by the military rather than by regular folks it was done in a systematic way. So none of the buildings can be entered, stairways were demolished, even window frames were taken away. It is worth a visit and a walk around but the amount of plunder is very low, it's more a great photo opportunity and worth an hour of your time. 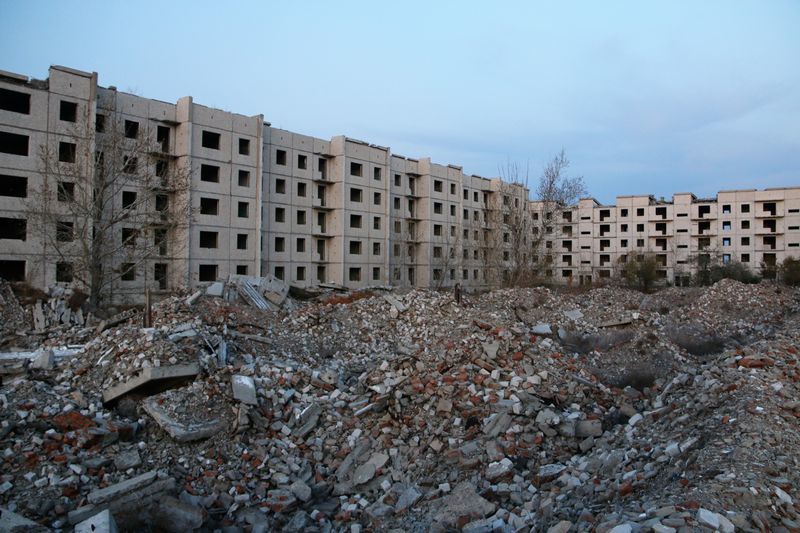