If you haven't heard Mongolia is the place to go to find dinosaurs, not only was it the hunting ground for Roy Chapman Andrews the inspiration behind Indiana jones but also more modern-day paleontological fans of all ages. The Capital Ulaanbaatar is a great hunting ground for those ins search of a prehistoric adventure.

Unfortunately recently Ulaanbaatar has seen a few museums disappear of late including the famous natural history museum; However, that said there are a few gems to be found in the capital. The Central Museum of Mongolian Dinosaurs is one such remaining treasure so if you've come to Mongolia looking for your fill of dino treats; then this is for you. 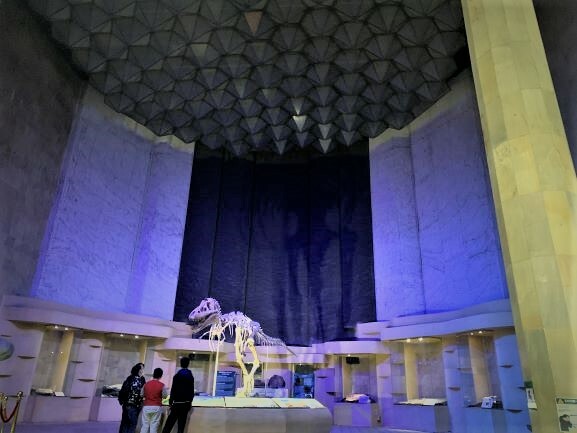 The history of the current Central Museum of Mongolian Dinosaurs is almost as impressive as the fossils it holds. The building was turned over to the dino exhibits only eight years ago before that time it was designed and built to house the capitals impressive Lenin museum.  Only opened in 1980 the museum housed presentations and documents showing the life of the Soviet colossus Lenin with exhibits were centralized around a giant bust of the man himself. After the fall of communism in Mongolia, the museum for a brief period was to become a pool hall and eventually in its current reincarnation a dinosaur museum. Nowadays the Lenin relics and statues have all gone and in have come the prehistoric beasts.

The story doesn't end there as the exhibits, of course, many once monstrous beasts that roamed the region have another story to tell long after their demise. The Central Museum of Mongolian Dinosaurs was formed to not only house but protect, register and verify fossil finds. Most of the exhibits within the museum are fossil specimens which had been smuggled out of the country.

The impressive Tarbosaurus Bataar skeleton was one such fossil returned to Mongolia after a legal battle in the United States allowing the Tarbosaurus (a relative of the Tyaranasaurs) to return home.

The museum is spread over two floors with the main exhibitions of interest downstairs. Entrance is now at the front of the building from the rear of a small square, staff are pleasant and will lead you into the main hall once tickets have been purchased.

Downstairs: in the centre of the hall is the skeleton of the Tarbosaurus Bataar, a relative of the Tyranasuars rex. Towards the front of the hall is a small model depicting what the future Dinosaur/ natural history museum will look like. There is a rather menacing plastic dinosaur next to the entrance, which is a must for most kids. Found around the back of the main hall is a series of glass cases exhibiting finds as enjoyable as dinosaur eggs and other impressive skeletons.

Upstairs: the elegant stairs sweep around to a balcony with rooms leading off of this. On one side the stuffed animals and creatures which were once housed in the natural history museum whilst to the other further dinosaur fossils including more rubberized treats. 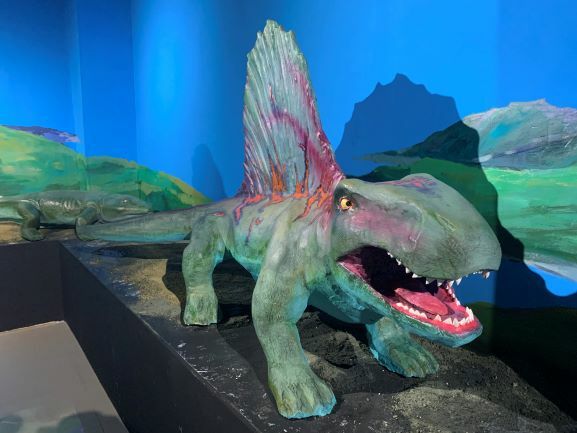 The museum is located to the rear of the square next to a small cinema complex and bar area. If you go past the museum, this will be evident as there is a rather impressive dinosaur bursting from the sidewall of the building. 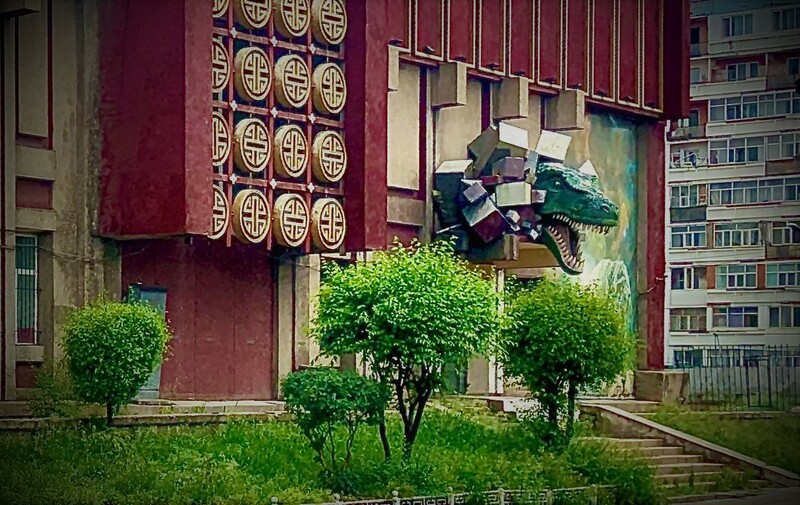 A few years ago the ageing natural history museum in Ulaanbaatar closed its doors for the final time, the cavernous building beyond repair bulldozed in 2020. Its dinosaurs, unfortunately, didn't end up here but a shopping mall on the outskirts of the city.

There is also a Tarbosaurus Bataar skull on display in the museum; this skull made headlines as it was returned to Mongolia by the actor Nicholas Cage after it was discovered that the fossil was smuggled illegally from Mongolia.

Unfortunately, there are no Lenin statues left on show, and the exhibits have long gone however the architecture is exciting, and one can almost imagine visiting back in the day. 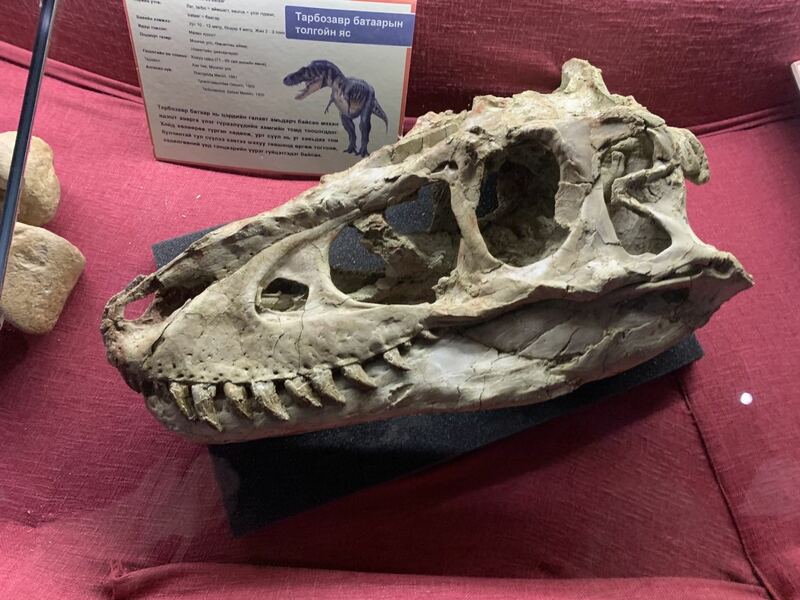 Know Before You Go

Do not go expecting a Jurrasic park-style affair or a dino museum the size of somewhere like London or new york. The museum is small and an excellent wet weather option great for dinosaur fans young and old. Most people will spend from 30 minutes to one hour having a look around.

Exhibits have Mongolia and English descriptions for most specimens even showing the usual height of dinosaurs in busses for westerners and horses for Mongolians. For those that wish there are English speaking guides on hand to help out if needed and their enthusiasm never wains.

The museum is open every daily, even during the Naadam festival.