A couple of hours from Beijing is this curiosity, definitely one of the quirkiest days out one can have from China’s Capital, and something that can be extended to an overnight if you want to experience a bit more, and stay the night in a decommissioned Soviet Aircraft Carrier! 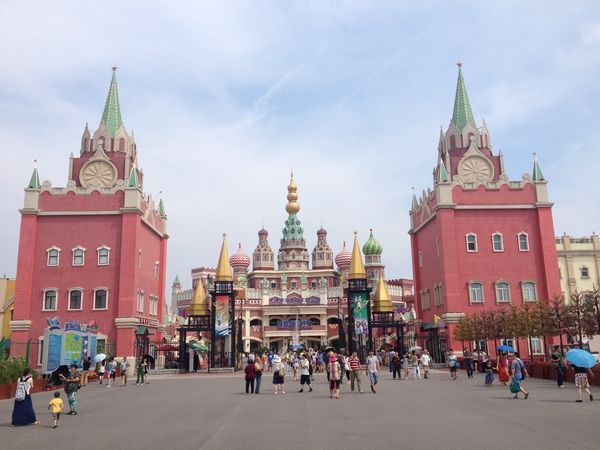 Binhai Aircraft Carrier Park isn’t just an aircraft carrier though, that would be much too simple!

The park is located around 60km from the centre of Tianjin (itself half an hour from Beijing by high-speed train, so this would be a long day trip, but possible if you start early), the Tianjin subway actually extends most of this way so you could take the tube and then a short taxi ride, or take a longer but faster taxi ride all the way.

The park is quite expensive to enter, 220 RMB per person, so make sure you have enough time to spend the day there! For your expensive entry fee you get to experience a tier 2 Disneyland entrance and daily parade (mainly populated by Chinese tourists taking photos of Russian performers dressed in military kit, no apparent theme other than this and some vaguely muscovite buildings for the backdrop).

The parade itself is ostensibly to introduce ‘Russian Culture’ to the area, but if this culture is simply dressing up in peasant gear and doing the occasional Cossack dance then sadly Russia is a bit underrepresented here, but there is only time for a quick daily parade, not enough to bring in Pushkin, Tolstoy, the Kievan kings, and all that less flashy stuff!

You can get a bar of Alyonka Chocolate at some of the shops, but sadly all the other restaurants are more instant noodles than Chicken Kiev or Siberian Dumplings, which is a missed opportunity really!

Large models of Matryoshka Dolls are also dotted around the place, each one devoted to a different country and with some famous sites painted on its belly; look out for Iran, the DPRK, etc. 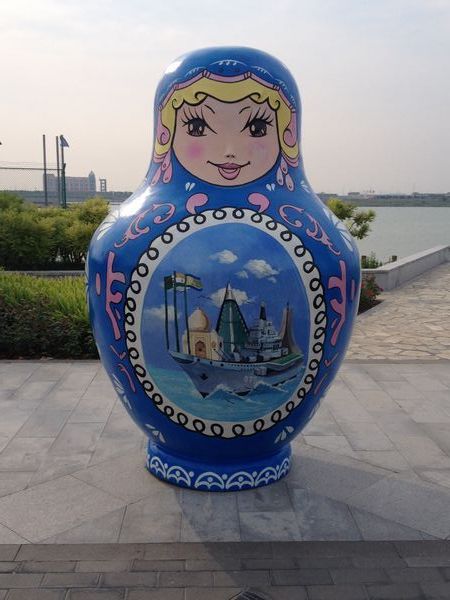 At the Aircraft Carrier itself you tour the inside briefly, some hangars, control rooms, etc are open, some with models of plane and mannequins dressed in that classic Russian navy uniform. On the deck there are rows of planes and flags of the world., you can rent a bike and cycle around if you fancy it (there have also been raves held here too, sadly not a frequent occurrence these days).

This Aircraft Carrier is the Kiev; a 270m long and 17 storey high Aircraft Carrier, built in 1975 and retired in 1993. More detailed histories of this vessel can be found online but basically at the end of her career in the USSR Navy she was sold to this park, and has been a fixture ever since. It is also a hotel, so you can even stay the night on the ship if you like!

Down on the ground again there is a daily stunt show, featuring acrobats, stuntmen, guns firing, motorcycles crashing, things exploding, and so on.

It is great fun, a bit like the Indiana Jones experience at Universal Studios but with a special Speznaz element to it.

It's easy to be a bit snarky and dismissive of this park (see above!), as it is clearly overpriced and in largely an inferior copy of something some visitors from overseas may be more familiar with, but without the anthropomorphic animals this time. However, an Aircraft Carrier is an amazing thing and there are only so many chances to bike around the deck of one, so it is worth it for this alone, make the most of it, leave your cynicism at the door, and put on your lezginka trousers in case you end up joining the parade! 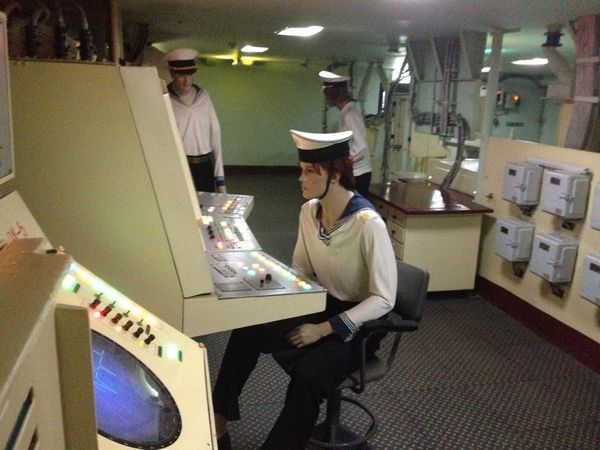