The April 25 Film Studio is a film studio producing North Korean films focusing on the production of military-themed films.

April 25th, or 4.25 as it is often simply written, is the foundation day of the Korean People’s Army. This is a very notable day in the North Korean Calendar, given the veneration for which the military is held in North Korea.

Previously, Feb 8th was marked as Army Day. This was when the KPA itself was actually founded.

But as the precursor organisation, the Guerilla Army that fought the Japanese in the mountains of the north, was created on April 25th this has been ret-conned to be the foundation day of the DPRK Military in general.

Both days are seen as significant to people who have served in the armed forces, which is a clear majority of at least the male population.

At the southern edge of urban Pyongyang, just before one reaches the Monument to the Three Charters of National Reunification (the Arch of Reunification) sits the April 25th Film Studio (previously known as the February 8th Film Studio, see above!).

This is less well-known than the massive Korean Film Studio which is commonly visited by tourists, but still a cinematic powerhouse in the domestic movie-making industry. 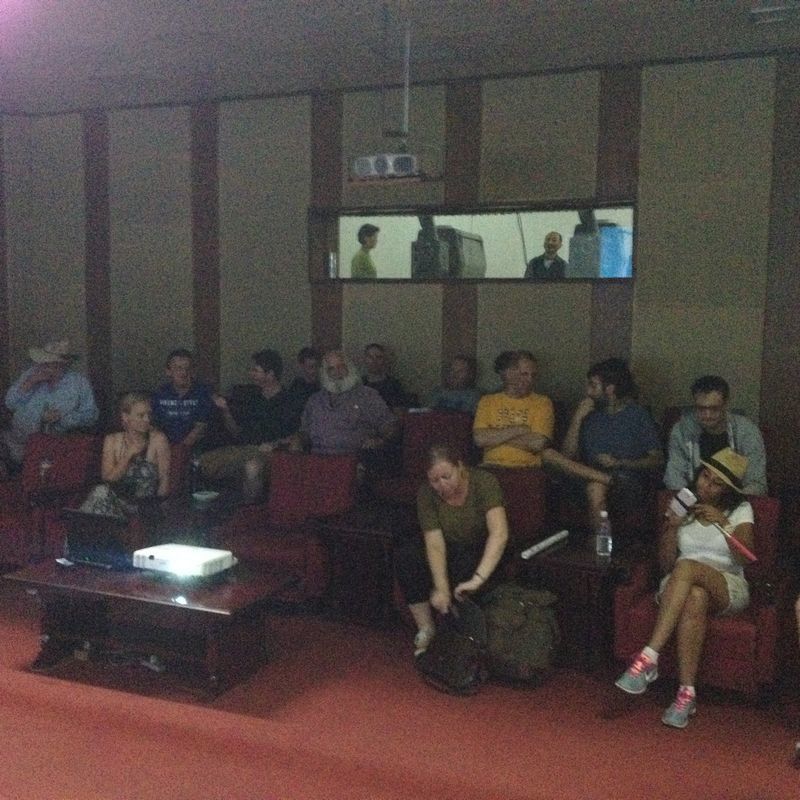 Focused, unsurprisingly, on making military-themed movies, this site was constructed in the early 1960s and since then has been pumping out what are unashamedly propaganda films, glorifying the exploits of the Korean People’s Army, Navy, Air Force, and Special Forces.

While diving deep into the history of North Korean military-themed films is something for another day a couple of recommendations for somewhat accessible films made here would be;

•    Order-027 - Featuring martial arts, infiltration behind enemy lines, spies, and all manner of brave and selfless acts from the heroes, this film also happens to be the first movie ever shown on an Air Koryo flight (when new planes with TV screens were introduced from 2008).

•    Wolmido (Wolmi Island) – The story of how a small unit of martyrs fought a rearguard action against overwhelming American naval forces to cover the ‘strategic withdrawal’ of the KPA from South Korea during the Korean War. Wolmi Island sits near Incheon and it is the famous Incheon Landing that these soldiers are said to have delayed for days.
Note that most DPRK War films are characterised by a significant amount of speechifying, melodrama, and self-sacrifice, these two being no exception! The April 25th Film Studio complex itself is not usually open to visitors.

There have been cases of tour groups being able to visit the thousand-seat cinema to see a movie there though.

The main building has a very impressive front, with a giant kind of mosaic depicting heroic soldiers, worth the visit just to see this! 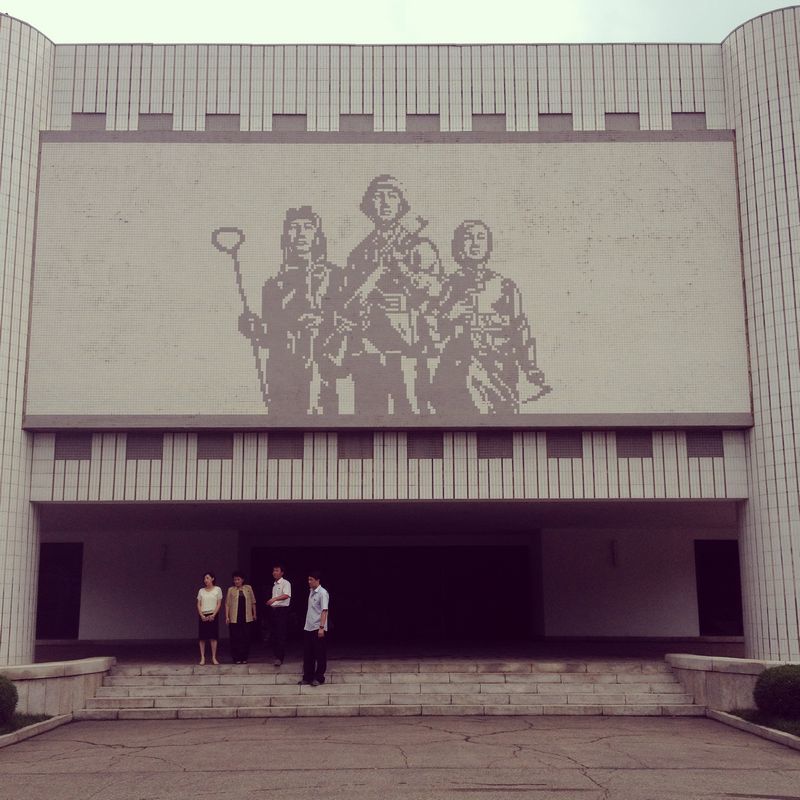 Behind the studio lies a good example of some surviving pre-DPRK History, something very rare in Pyongyang.

A complex of Han Dynasty Tombs. Sadly, also not generally available to tourists but hopefully something that in future years will be added to the approved list at least in order to show some of the complex history of the city from the deep past.